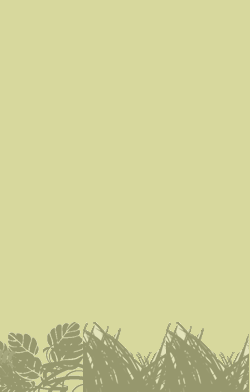 Sorry, there is no photo available. If you have one, please submit here .
Chordata, Mammalia, Proboscidea

• Loxodonta africana has a MOVE of 2.

• Loxodonta africana is one of the largest living terrestrial animals.

Warm, Hot
Graphic by Adam Smithrupted.deviantart.com/
The African Bush Elephant or African Savanna Elephant (Loxodonta africana) is the larger of the two species of African elephant. Both it and the African Forest Elephant have usually been classified as a single species, known simply as the African Elephant. Some authorities still consider the currently available evidence insufficient for splitting the African Elephant […] read more
Sorry, there is no photo available. If you have one, please submit here.

The animal is characterized by its large head; two large ears that cover its shoulders and radiate excess heat; a large and muscular trunk; two prominent tusks, which are well-developed in both sexes, although more commonly in males; a short neck; a large, barrel-like body; four long and heavy legs; and a relatively short tail.

The animal is protected by a heavy but flexible layer of gray-brown skin, dotted with mostly undeveloped patches of hair and long, black hair at the tip of its tail. Its back feet have three toes that form a hoof, while the number of toes on the front feet have varied between four and five. The forehead is smoother and less convex than that of the Asian Elephant.

The trunk is the most characteristic feature of the African Bush Elephant. It is formed by the fusion and elongation of the nose and upper lip, forming a flexible and strong organ made purely of muscle.

Little scientific research has been carried out into elephants’ cognitive or perceptual abilities. An exception is a recent report that African Bush Elephants are able to use seismic vibrations at infrasound frequencies for communication.[5]

Elephant society is highly complex and arranged around family units composed of groups of closely related females and their calves. Each family unit contains around ten individuals (6), led by an old female known as the ‘matriarch’ (2). Family units often join up with other bands of females forming ‘kinship groups’ or ‘bond groups’, and larger herds may number well over a hundred individuals (7). Male elephants leave their natal group at puberty and tend to form much more fluid alliances with other males. Elephants are extremely long-lived and although females may reach sexual maturity at ten years old they are at their most fertile between 25 and 45 (2). There is no distinct breeding season, although birth peaks in certain areas may relate to the local rainfall patterns (9). Calves are born after an exceptionally long gestation period of nearly two years, and continue to be dependent on their mother for several years (2). They are also cared for by other females in the group, especially by young females known as ‘allomothers’ (2). The social bonds between elephants are very strong and if faced with danger they will form a protective circle around the young calves, with the adults facing outwards and the matriarch adopting a threatening pose or even charging the intruder (2). Elephants care for their wounded and also show recognition of, and particular interest in, elephant bones (10). Elephant groups will spend the day wandering their home range in search of food and water (2). An adult elephant requires 160 kilograms of food a day; using their highly mobile trunk they pluck at grasses and leaves or tear at branches and bark with their tusks, which can cause enormous damage (7). Elephants can communicate over large distances and use some vocalisations that are below the range of human hearing (11).