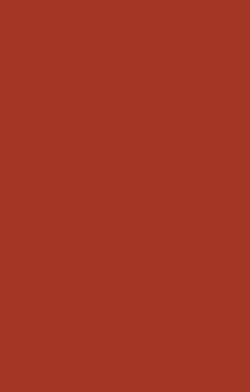 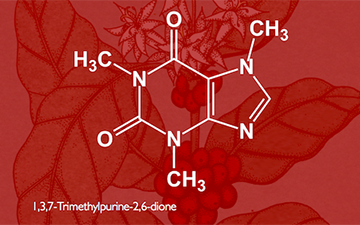 Sorry, there is no photo available. If you have one, please submit here .
chemistry

Graphic by Stephen McNeilpeople.ok.ubc.ca/wsmcneil/
Caffeine (/kæˈfiːn, ˈkæfiːn, ˈkæfiːɪn/) is a central nervous system (CNS)stimulant of the methylxanthine class of psychoactive drugs.[8] It is the world’s most widely consumed psychoactive drug, but unlike many other psychoactive substances, it is legal and unregulated in nearly all parts of the world. It is a bitter, white crystalline purine, a methylxanthine alkaloid, and […] read more
Sorry, there is no photo available. If you have one, please submit here.

Caffeine (/kæˈfiːn, ˈkæfiːn, ˈkæfiːɪn/) is a central nervous system (CNS)stimulant of the methylxanthine class of psychoactive drugs.[8] It is the world’s most widely consumed psychoactive drug, but unlike many other psychoactive substances, it is legal and unregulated in nearly all parts of the world. It is a bitter, white crystalline purine, a methylxanthine alkaloid, and thus closely related chemically to the adenine and guaninecontained in deoxyribonucleic acid (DNA) and ribonucleic acid (RNA). It is found in the seeds, nuts, or leaves of a number of plants native to South America and East Asia. The most well known source of caffeine is the seed (commonly incorrectly referred to as the “bean”) of Coffeaplants. Beverages containing caffeine are ingested to relieve or prevent drowsiness and to increase one’s energy level. Caffeine is extracted from the plant part containing it for making beverages by steeping it in water, a process called infusion. These beverages are very popular: in North America, 90% of adults consume caffeine daily.[9]

Caffeine is classified by the Food and Drug Administration as “generally recognized as safe” (GRAS). Toxic doses, over 10 grams per day for an adult, are much higher than typical dose of under 500 milligrams per day. A cup of coffee contains 80–175 mg of caffeine, depending on what “bean” (seed) is used and how it is prepared (e.g. drip, percolation, orespresso). Thus it requires roughly 50-100 ordinary cups of coffee to reach a lethal dose. However pure powdered caffeine, which is widely available as a dietary supplement, can be lethal in tablespoon-sized amounts. There are several known mechanisms of action to explain the effects of caffeine. The most prominent is to reversibly block the action ofadenosine on its receptor, which blocks the onset of drowsiness induced by adenosine. Caffeine also stimulates selected portions of the autonomic nervous system.

Caffeine can have both positive and negative health effects. It can be used to treat bronchopulmonary dysplasia of prematurity, and to preventapnea of prematurity: caffeine citrate was placed on the WHO Model List of Essential Medicines in 2007.[10] It may confer a modest protective effect against some diseases,[11] including Parkinson’s disease[12] and certain types of cancer. One meta-analysis concluded thatcardiovascular disease such as coronary artery disease and stroke is less likely with 3–5 cups of non-decaffeinated coffee per day but more likely with over 5 cups per day.[13] Some people experience insomnia or sleep disruption if they consume caffeine, especially during the evening hours, but others show little disturbance. Evidence of a risk during pregnancy is equivocal; some authorities recommend that pregnant women limit consumption to the equivalent of two cups of coffee per day or less.[14][15] Mild physical dependence can occur with chronic caffeine use and is associated with withdrawal symptoms such as headaches and irritability.[2][16] Tolerance to the autonomic effects of increased blood pressure and heart rate, and increased urine output, develops with chronic use (i.e., these symptoms become less pronounced or do not occur following consistent use).[citation needed]

Caffeine confers a survival advantage on the plant containing it in three ways. First, if it is ingested by an insect feeding on and potentially damaging or killing the plant, caffeine functions as a natural pesticide which can paralyze and kill the insect. Second, droppings from the plant infuse the surrounding soil with caffeine, which can inhibit the growth of and kill competing seedlings (and potentially its own progeny and itself). Third, caffeine can enhance the reward memory of pollinators such as honey bees, thus increasing the numbers of its progeny.