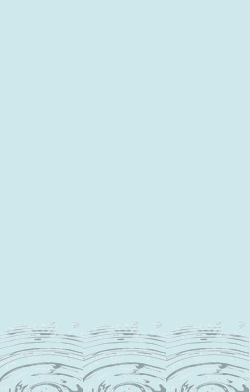 Sorry, there is no photo available. If you have one, please submit here .
Virus, Group I, Caudovirales

Play: λ Phage is a PARASITE of (any) E. coli card.
Play: 2 λ phage cards played under 1 E. coli card will result in the discard of all 3 cards.
Play: A λ phage and an E. coli can be played together as a single action.

cool, warm
Graphic by José F. Vargaselnefashu.deviantart.com/
Enterobacteria phage λ (lambda phage, coliphage λ) is a temperate bacteriophage that infects Escherichia coli. Lambda phage is a virus particle consisting of a head, containing double-stranded linear DNA as its genetic material, and a tail that can have tail fibers. The phage particle injects its DNA into its host through the tail, and the […] read more
Sorry, there is no photo available. If you have one, please submit here.

Lambda phage is a virus particle consisting of a head, containing double-stranded linear DNA as its genetic material, and a tail that can have tail fibers. The phage particle injects its DNA into its host through the tail, and the phage will then usually enter the lytic pathway where it replicates its DNA, degrades the host DNA and hijacks the cell’s replication, transcription and translation mechanisms to produce as many phage particles as cell resources allow. When cell resources are depleted, the phage will lyse (break open) the host cell, releasing the new phage particles. However, under certain conditions, the phage DNA may integrate itself into the host cell chromosome in the lysogenic pathway. In this state, the λ DNA is called a prophage and stays resident within the host’s genome without apparent harm to the host, which can be termed a lysogen when a prophage is present. The prophage is duplicated with every subsequent cell division of the host. The phage genes expressed in this dormant state code for proteins that repress expression of other phage genes. These proteins are broken down when the host cell is under stress, resulting in the expression of the repressed phage genes. Stress can be from starvation, poisons (like antibiotics), or other factors that can damage or destroy the host. In response to stress, the activated prophage is excised from the DNA of the host cell by one of the newly expressed gene products and enters its lytic pathway.

Lambda phage was discovered by Esther Lederberg in 1950.[1] It has been used heavily as a model organism, and has been a rich source for useful tools in molecular biology. Uses include its application as a vector for the cloning of recombinant DNA, the use of its site specific recombinase, int, for the shuffling of cloned DNAs by the ‘Gateway’ method, and the application of its Red operon, including the proteins Red alpha (also called ‘exo’), beta and gamma in the DNA engineering method called recombineering.