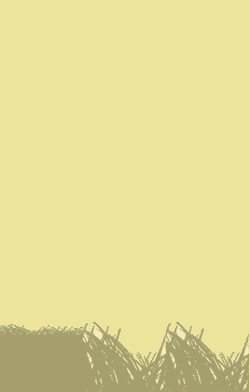 
• This is a HABITAT card. You can start to build SPECIES from this card or connect to existing “compatible” networks.

• This card cannot be removed once played.

Warm, Hot
Graphic by Mohammed Faresburyool.deviantart.com/
Photo by Intien.wikipedia.org/wiki/File:La_Gran_Sabana.jpg
A savanna, or savannah, is a grassland ecosystem characterized by the trees being sufficiently small or widely spaced so that thecanopy does not close. The open canopy allows sufficient light to reach the ground to support an unbroken herbaceous layer consisting primarily of C4 grasses.[1] Some classification systems[which?] also recognize a grassland savanna from which trees are absent.[2] This article […] read more

A savanna, or savannah, is a grassland ecosystem characterized by the trees being sufficiently small or widely spaced so that thecanopy does not close. The open canopy allows sufficient light to reach the ground to support an unbroken herbaceous layer consisting primarily of C4 grasses.[1] Some classification systems[which?] also recognize a grassland savanna from which trees are absent.[2] This article deals only with savanna under common definition of a grassy woodland with a significant woody plant component.

It is often believed that savannas feature widely spaced, scattered trees. However, in many savannas, tree densities are higher and trees are more regularly spaced than in forest. Savannas are also characterized by seasonal water availability, with the majority of rainfall confined to one season. Savannas are associated with several types of biomes. Savannas are frequently in a transitional zone betweenforest and desert or prairie. Savanna covers 20% of the Earth’s land area. The largest area of savanna is in Africa.

Two factors common to all savanna environments are rainfall variations from year to year, and dry season wildfires. Savannas around the world are also dominated by tropical grasses which use the C4 type of photosynthesis.[3] In the Americas, e.g. in Belize, Central America, savanna vegetation is similar from Mexico to South America and to the Caribbean.[5] In North America nearby trees are of subtropical types, ranging from southwestern Pinyon pine to southeastern Longleaf Pine and northern chestnut oak.[4]

Savannas are subject to regular wildfires and the ecosystem appears to be the result of human use of fire. For example, Native Americans created the Pre-Columbian savannas of North America by periodically burning where fire-resistant plants were the dominant species.[6] Pine barrens in scattered locations from New Jersey to coastal New England are remnants of these savannas. Aboriginal burning appears to have been responsible for the widespread occurrence of savanna in tropical Australia and New Guinea,[7] and savannas in India are a result of human fire use.[8] The maquis shrub savannas of the Mediterranean region were likewise created and maintained by anthropogenic fire.[9]

These fires are usually confined to the herbaceous layer and do little long term damage to mature trees. However, these fires do serve to either kill or suppress tree seedlings, thus preventing the establishment of a continuous tree canopy which would prevent further grass growth. Prior to European settlement aboriginal land use practices, including fire, influenced vegetation[10] and may have maintained and modified savanna flora.[1][7] It has been suggested by many authors[10][11] that aboriginal burning created a structurally more open savanna landscape. Aboriginal burning certainly created a habitat mosaic that probably increased biodiversity and changed the structure of woodlands and geographic range of numerous woodland species.[7][10] It has been suggested by many authors[11][12] that with the removal or alteration of traditional burning regimes many savannas are being replaced by forest and shrub thickets with little herbaceous layer.

The consumption of herbage by introduced grazers in savanna woodlands has led to a reduction in the amount of fuel available for burning and resulted in fewer and cooler fires.[13] The introduction of exotic pasture legumes has also led to a reduction in the need to burn to produce a flush of green growth because legumes retain high nutrient levels throughout the year, and because fires can have a negative impact on legume populations which causes a reluctance to burn.[14]

There exists the possibility that human induced climate change in the form of the greenhouse effect may result in an alteration of the structure and function of savannas. Some authors[30]have suggested that savannas and grasslands may become even more susceptible to woody plant encroachment as a result of greenhouse induced climate change. However, a recent case described involved a savanna increasing its range at the expense of forest in response to climate variation, and potential exists for similar rapid, dramatic shifts in vegetation distribution as a result of global climate change, particularly at ecotones such as savannas so often represent.[31]