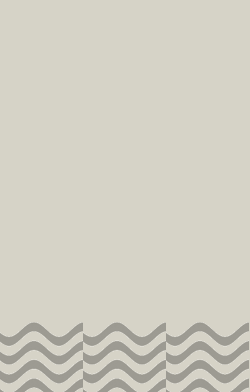 • Zalophus wollebaeki has a MOVE of 2


Graphic by David Ng
The Galápagos sea lion (Zalophus wollebaeki) is a species of sea lion that exclusively breeds on the Galápagos Islands and – in smaller numbers – on Isla de la Plata (Ecuador). Being fairly social, and one of the most numerous species in the Galápagos archipelago, they are often spotted sun-bathing on sandy shores or rock groups or gliding gracefully through the surf. Their […] read more

The Galápagos sea lion (Zalophus wollebaeki) is a species of sea lion that exclusively breeds on the Galápagos Islands and – in smaller numbers – on Isla de la Plata (Ecuador). Being fairly social, and one of the most numerous species in the Galápagos archipelago, they are often spotted sun-bathing on sandy shores or rock groups or gliding gracefully through the surf. Their loud bark, playful nature, and graceful agility in water make them the “welcoming party” of the islands.

Slightly smaller than their Californian relatives, Galápagos sea lions range from 150 to 250 cm (59 to 98 in) in length and weigh between 50 to 400 kg (110 to 880 lb), with the males averaging larger than females. Adult males also tend to have a thicker, more robust neck, chest, and shoulders in comparison to their slender abdomen. Females are somewhat opposite males, with a longer, more slender neck and thick torso. Once sexually mature, a male’s sagittal crest enlarges, forming a small, characteristic bump-like projection on their forehead. Galápagos sea lions, compared to California sea lions, have a slightly smaller sagittal crest and a shorter muzzle. Adult females and juveniles lack this physical characteristic altogether with a nearly flat head and little or no forehead.

Both male and female sea lions have a pointy, whiskered nose and somewhat long, narrow muzzle. The young pups are almost dog-like in profile. Another characteristic that defines the sea lion are their external ear-like pinnae flaps which distinguish them from their close relative with which they are often confused, the seal. The foreflippers have a short fur extending from the wrist to the middle of the dorsal fin surface, but other than that, the flippers are covered in black, leathery skin. Curving posteriorly, the first digit of the flipper is the largest, giving it a swept-back look. At the end of each digit is a claw, usually reduced to a vestigial nodule that rarely emerges above the skin. Although somewhat clumsy on land with their flippers, sea lions are amazingly agile in water. With their streamlined bodies and flipper-like feet, they easily propel themselves through crashing surf and dangerously sharp coastal rocks. They also have the ability to control their flippers independently and thus change directions with ease, and they have more control over their body on land.

When wet, sea lions are a shade of dark brown, but once dry, their color varies greatly. The females tend to be a lighter shade than the males and the pups a chestnut brown. Born with a longer, brownish-black lanugo, a pup’s coat gradually fades to brown within the first five months of life. At this time, they undergo their first molt, resulting in their adult coat.

Galápagos sea lions can be found on each of the different islands of the Galápagos archipelago. They have also colonized just offshore the mainland Ecuador at Isla de la Plata, and can be spotted from the Ecuadorian coast north to Isla Gorgona in Colombia. Records have also been made of sightings on Isla del Cocowhich is about 500 km southwest of Costa Rica.

Feeding mostly on sardines, Galápagos sea lions sometimes travel 10 to 15 kilometers from the coast over the span of days to hunt for their prey. This is when they come into contact with their biggest predators: sharks and killer whales. Injuries and scars from attacks are often visible. During el Niño events, however, more green-eyes and myctophids are consumed due to a decrease in sardine population.