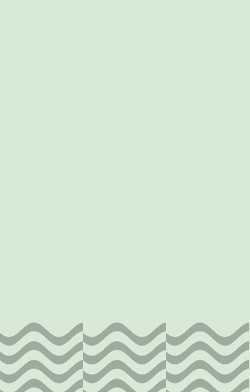 
Graphic by David Ng
Macrocystis pyrifera, commonly known as Giant kelp or Giant bladder kelp, is a species of kelp (large brown algae), and one of four species in the genus Macrocystis. Giant kelp is common along the coast of the eastern Pacific Ocean, from Baja California north to southeast Alaska, and is also found in the southern oceans near South America, South Africa, andAustralia. Individual algae may grow to more than […] read more

Macrocystis pyrifera, commonly known as Giant kelp or Giant bladder kelp, is a species of kelp (large brown algae), and one of four species in the genus Macrocystis. Giant kelp is common along the coast of the eastern Pacific Ocean, from Baja California north to southeast Alaska, and is also found in the southern oceans near South America, South Africa, andAustralia. Individual algae may grow to more than 45 metres (148 ft) long at a rate of as much as 2 feet (61 cm) per day. Giant kelp grows in dense stands known as kelp forests, which are home to many marine animals that depend on the algae for food or shelter. Humans harvest kelp for it is rich in iodine, potassium, and other minerals, but the primary product obtained from giant kelp is alginate.

M.pyrifera is the largest of all algae. The stage of the life cycle that is usually seen is the sporophyte, which is perennial and individuals persist for many years.The giant kelp receives its name from its incredible size. Individuals may grow to up to 50 metres (160 ft) long.[2] The stalks arise from a holdfast and branch three or four times from near the base. Blades develop at irregular intervals along the stipe, with a single pneumatocyst (gas bladder) at the base of each blade.[3]

A related and similar-looking, but smaller species, M.integrifolia, grows to only to 6 metres (20 ft) long. It is found on intertidal rocks or shallow subtidal rocks along the Pacific coast of North America (British Columbia to California) and South America.[4][5]

Juvenile giant kelp grow directly upon their parent female gametophyte. To establish itself, a young kelp produces one or two primary blades, and begins a rudimentary holdfast, which serves to anchor the plant to the rocky bottom. As the kelp grows, additional blades develop from the growing tip, while the holdfast enlarges and may entirely cover the rock to which it is attached.

Growth occurs with lengthening of the stipe (central stalk), and splitting of the blades. At the growing tip is a single blade, at the base of which develop small gas bladders along one side. As the bladders and stipe grow, small tears develop in the attached blade. Once the tears have completed, each bladder supports a single separate blade along the stipe, with the bladders and their blades attached at irregular intervals.[10][11]

Where the bottom is rocky and affords places for it to anchor, giant kelp forms extensive kelp beds with large “floating canopies”.[4] When present in large numbers, giant kelp forms kelp forests that are home to many marine species who depend upon the kelp directly for food and shelter, or indirectly as a hunting ground for prey. Both the large size of the kelp and the large number of individuals significantly alter the availability of light, the flow of ocean currents, and the chemistry of the ocean water in the area where they grow.[13]

In high-density populations, giant kelp individuals compete with other individuals of the species for space and resources. Giant kelp may also compete withPterygophora californica in these circumstances.[14][15]

Where surface waters are poor in nutrients, nitrogen in the form of amino acids is translocated up the stipe through sieve elements that very much resemble thephloem of vascular plants.[16][17] Translocation of nutrients along the stipe may be as rapid as 60 centimetres (24 in) per hour.[11] Most translocation occurs to move carbon-rich photosynthate, and typically transfers material from mature regions to actively growing regions where the machinery of photosynthesis is not yet fully in place. Translocation also moves nutrients downward from light-exposed surface fronds to sporophylls (reproductive fronds) at the base of the kelp, where there is little light and thus little photosynthesis to produce food.