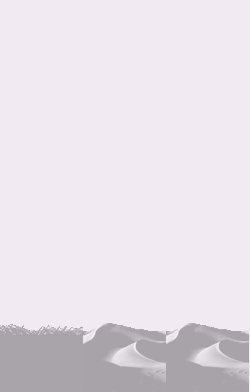 
Graphic by David Ng
Welwitschia is a monotypic gymnosperm genus, comprising solely the very distinct Welwitschia mirabilis. The plant is commonly known simply as Welwitschia, and has various common names in local languages, for example kharos orkhurub in Nama, tweeblaarkanniedood in Afrikaans, nyanka in Damara, and onyanga in Herero. It is the only genus of the family Welwitschiaceae and order Welwitschiales, in the division Gnetophyta. Informal sources commonly refer to the plant as a “living fossil“.[1][2] Welwitschia mirabilis is endemic to the Namib desert within Namibia and Angola. Welwitschia is named after the Austrian […] read more

Welwitschia is a monotypic gymnosperm genus, comprising solely the very distinct Welwitschia mirabilis. The plant is commonly known simply as Welwitschia, and has various common names in local languages, for example kharos orkhurub in Nama, tweeblaarkanniedood in Afrikaans, nyanka in Damara, and onyanga in Herero. It is the only genus of the family Welwitschiaceae and order Welwitschiales, in the division Gnetophyta. Informal sources commonly refer to the plant as a “living fossil“.[1][2] Welwitschia mirabilis is endemic to the Namib desert within Namibia and Angola.

Welwitschia is named after the Austrian botanist Friedrich Welwitsch, but the history of its naming was not straightforward. Welwitsch was the first to deliver an account of the species to Joseph Dalton Hooker of the Linnean Society of London in 1859.[3] He originally supplied a brief technical description and proposed calling genus Tumboa, after what he conceived to be the aboriginal name “tumbo”. However, the artist Thomas Baines shortly afterwards supplied illustrations and some badly preserved specimens, plus the information that “tumbo” was not the specific name, but a rather general term, so Hooker asked Welwitsch for permission to name the genus Welwitschia instead. Welwitsch concurred and also supplied some well-preserved material from which Hooker was able to make substantial progress in deducing its botanical affinities.[4] The taxonomic placement of Welwitschia subsequently changed intermittently with the development of new classification systems (see Flowering plants: History of classification). However, modern usage is close to the conclusions that Hooker drew.

Most botanists have treated Welwitschia as a distinct monotypic genus in a monotypic family or even order. Most recent systems place Welwitschia mirabilis in its own family Welwitschiaceae in the gymnosperm order Gnetales.[5] The order Gnetales is most closely related to the order Pinales, which includes pines, spruces, larches and firs.[6] Genetic analyses indicate that the Gnetales arose from within the conifer group, and any morphological similarities between angiosperms and Gnetales are separately derived.[7] The ancestors of the extant gymnosperm orders – the Gnetales, Coniferales, Cycadales and Ginkgoales – arose during the Late Paleozoic, and became the dominant component of the Late Permian and Mesozoic flora.[8] Fossil evidence indicates that members of the Welwitschiaceae were present in South America during the Lower Cretaceous (Mesozoic era).[9] Jacobson and Lester[10] suggest that these early habitats ofWelwitschiaceae were more mesic than the current desert conditions, and that the present fragmented and isolated population distribution could be attributed to aridification during the Tertiary and Quaternary, which restricted the plants to locales providing sufficient water for their needs.

The species has on occasion been given the name Welwitschia bainesii to honour its co-discoverer, Thomas Baines.[11]However, at present this is invalid and regarded as a synonym; currently there is just one species recognised, with one subspecies: Welwitschia mirabilis subsp. namibiana Leuenb.

After germination, the cotyledons grow to 25–35 mm in length, and are followed shortly afterward by the appearance of two permanent leaves. The growth of the true leaves outstrips that of the cotyledons after about four months, after which the growing tips of the two cotyledons die. The true leaves are produced at right angles to the cotyledons, and continue to grow in length throughout the entire life of the plant; they are the only leaves that the plant will bear, since the stem is acephalous; its apical meristem dies after the first two leaves are produced.[12] Those two leaves grow continuously from a basal meristem in the plant’s terminal groove. They eventually grow to a length of 2–4 m and usually become split, frayed and shredded into several well-separated strap-shaped sections by the distortions of the woody portions surrounding the apical slit, and also by wind and adventitious external injuries.[12][13] The largest specimens may be no more than 1.5m tall above ground, but the circumference of the leaves at contact with the sand may exceed 8m.[14]

Welwitschia has an elongated, but relatively shallow root system and a woody, fibrous unbranched stem.[14][12] Bornman appears to have investigated the matter more intimately at first hand than most authors, and describes the root system as “rather shallow and simple, consisting of a tapering taproot with one or more non-tapering extensions, some pronounced lateral roots, and a network of delicate spongy roots.” He offers the guideline that the roots extend to a depth roughly equal to the span of the living leaves from tip to tip.[12]

The species is dioecious, with separate male and female plants. Fertilization, that is, the transfer of the pollen from the male to the female strobili, is carried out by insects. The insects responsible include flies and true bugs. The commonest of the true bugs attending Welwitschia is a member of the family Pyrrhocoridae:Odontopus sexpunctatus. The genus is also known as Probergrothius and the matter of which name is correct is still under discussion.[15] Though much associated with Welwitschia mirabilis however, Odontopus sexpunctatus may not be a Welwitschia specialist; there are claims that it also occurs on other plants, such asAdansonia, though it is not clear how well-supported these claims might be.[16] Infrequently, wasps and bees also play a role as pollinators of Welwitschia. At least some of the pollinators are attracted by “nectar” produced on both male and female strobili.[17]

W. mirabilis has been classified as a CAM plant (crassulacean acid metabolism) after reconciliation of some initially contradictory and confusing data.[18][19] There are however some very puzzling aspects to the matter; for example, the employment of the CAM metabolism is very slight, which was part of the reason that it took so long to establish its presence at all, and it is not understood why.

The age of individual plants is difficult to assess, but they are very long-lived, living 1000 years or more. Some individuals may be more than 2000 years old.[12]Because it only produces a single pair of functional leaves, it has been suspected that the plant is actually neotenic, but research shows that its anatomy is not that of an adult and giant seedling. Instead, it turns out that the plant is “handicapped” in having “lost its head” at an early stage.[20]