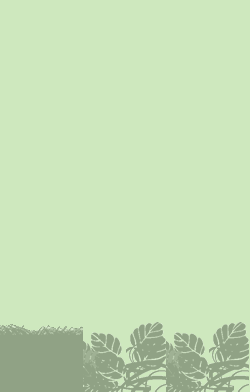 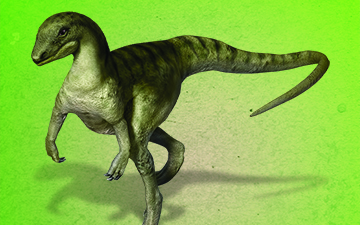 Sorry, there is no photo available. If you have one, please submit here .
Reptilia, Animalia, Chordata

Play: Agilisaurus had a MOVE of 2.
Fact: Nicknamed “Agile Lizard” due to its long lower leg bones, this dinosaur weighed about as much as a cocker spaniel.

warm, hot
Graphic by Dinosaurs Unearthedwww.dinosaursunearthed.com/
Agilisaurus (/ˌædʒᵻlᵻˈsɔːrəs/; ‘agile lizard’) is a genus of ornithischian dinosaur from the Middle Jurassic Period of what is now eastern Asia. The name is derived from the Latin “agilis” meaning ‘agile’ and the Greek “sauros” meaning ‘lizard’, and refers to the agility suggested by its lightweight skeleton and long legs. Its tibia (lower leg bone) […] read more
Sorry, there is no photo available. If you have one, please submit here.

Agilisaurus (/ˌædʒᵻlᵻˈsɔːrəs/; ‘agile lizard’) is a genus of ornithischian dinosaur from the Middle Jurassic Period of what is now eastern Asia. The name is derived from the Latin “agilis” meaning ‘agile’ and the Greek “sauros” meaning ‘lizard’, and refers to the agility suggested by its lightweight skeleton and long legs. Its tibia (lower leg bone) 207.0 mm in length, was longer than its femur (upper leg bone) 199.0 mm in length, which indicates that it was an extremely fast bipedal runner, using its long tail for balance, although it may have walked on all fours when browsing for food. It was a small herbivore, about 1.2 meters (4 feet) in length, and like all ornithischians, it had a beak-like structure on the ends of both upper and lower jaws to help it crop plant material.

There is one named species (A. louderbacki), named after Dr. George Louderback, an American geologist and the first to recognize dinosaur fossils from the Sichuan Province of China in 1915. Both genus and type species were named by Chinese paleontologist Peng Guangzhou in very brief fashion in 1990, then described in further detail by Peng in 1992.

A single complete skeleton of A. louderbacki is known to science, one of the most complete small ornithischian skeletons ever found. Only a few parts of its left fore limb and hind limb are missing, and those can be reconstructed from their counterparts on the right side.

This skeleton was actually discovered during the construction of the Zigong Dinosaur Museum, in which it is now housed. This museum features many dinosaurs recovered from the famous Dashanpu Quarry outside the city of Zigong, in the Chinese province of Sichuan, including Agilisaurus, as well as Xuanhanosaurus, Shunosaurus, and Huayangosaurus. This quarry preserves sediment from the Lower Shaximiao Formation (sometimes called “Xiashaximiao”) which ranges from the Bathonian through Callovian stages of the Middle Jurassic Period, or from about 168 to 161 million years ago.

Despite its completeness, Agilisaurus has been placed in many different positions in the ornithischian family tree. It was originally placed in the family Fabrosauridae, which is no longer considered valid by most paleontologists (Peng 1990).

Several recent studies, including cladistic analyses, find Agilisaurus to be the most basal member of the group Euornithopoda, which includes all ornithopods more derived than the family Heterodontosauridae (Weishampel et al. 2003; Norman et al. 2004).

Agilisaurus has been recovered in other positions as well, including as an ornithischian basal to both ornithopods and marginocephalians (Barrett et al. 2005; Butler 2005; Butler et al. 2008).

Other scientists were not convinced that this species belonged to either Yandusaurus or Agilisaurus, and in 2005, it was once again reassigned, this time to its own newly created genus. It is now known as Hexinlusaurus multidens (Barrett et al. 2005). Several studies agree that this species is slightly more derived than Agilisaurus (Norman et al. 2004; Barrett et al. 2005; Butler 2005). Both Yandusaurus and Hexinlusaurus were also found in the Dashanpu Quarry.

Comparisons between the scleral rings of Agilisaurus and modern birds and reptiles suggest that it may have been diurnal, unlike larger herbivorous dinosaurs that were inferred to be cathemeral, active throughout the day at short intervals.[1]