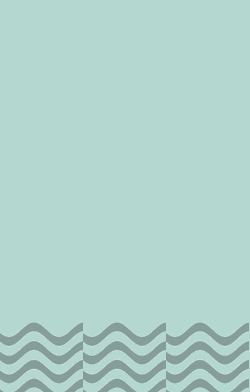 
• Euphausia superba has a MOVE of 1.

Krill are often referred to as light-shrimp because they can emit light, produced by bioluminescent organs.

Cold, Cool
Graphic by Elizabeth Bladeswww.elizabethblades.co.uk
Photo by Dr. habil. Uwe Kilsen.wikipedia.org/wiki/File:Krill666.jpg
Antarctic krill, Euphausia superba, is a species of krill found in the Antarctic waters of the Southern Ocean. Antarctic krill are shrimp-like invertebrates or crustaceans that live in large schools, called swarms, sometimes reaching densities of 10,000–30,000 individual animals per cubic meter.[1] They feed directly on minute phytoplankton, thereby using the primary production energy that the phytoplankton originally derived from the sun in order to sustain […] read more

Antarctic krill, Euphausia superba, is a species of krill found in the Antarctic waters of the Southern Ocean. Antarctic krill are shrimp-like invertebrates or crustaceans that live in large schools, called swarms, sometimes reaching densities of 10,000–30,000 individual animals per cubic meter.[1] They feed directly on minute phytoplankton, thereby using the primary production energy that the phytoplankton originally derived from the sun in order to sustain their pelagic (open ocean) life cycle.[2] They grow to a length of 6 cm (2.4 in), weigh up to 2 g (0.7 oz), and can live for up to six years. They are a key species in the Antarctic ecosystem and are, in terms ofbiomass, probably the most successful animal species on the planet (approximately 500 million tonnes).[3]

The gut of E. superba can often be seen shining green through the animal’s transparent skin, an indication that this species feeds predominantly on phytoplankton—especially very small diatoms(20 μm), which it filters from the water with a feeding basket.[6] The glass-like shells of the diatomsare cracked in the “gastric mill” and then digested in the hepatopancreas. The krill can also catch and eat copepods, amphipods and other small zooplankton. The gut forms a straight tube; its digestive efficiency is not very high and therefore a lot of carbon is still present in the feces (see “the biological pump” below).

In aquaria, krill have been observed to eat each other. When they are not fed in aquaria, they shrink in size after molting, which is exceptional for animals the size of krill. It is likely that this is an adaptation to the seasonality of their food supply, which is limited in the dark winter months under the ice. However, the animal’s compound eyes do not shrink, and so the ratio between eye size and body length has thus been found to be a reliable indicator of starvation.[7]

Antarctic krill are found thronging the surface waters of the Southern Ocean; they have a circumpolar distribution, with the highest concentrations located in the Atlantic sector.

The northern boundary of the Southern Ocean with its Atlantic, Pacific Ocean and Indian Ocean sectors is defined more or less by the Antarctic convergence, a circumpolar front where the cold Antarctic surface water submerges below the warmer subantarctic waters. This front runs roughly at 55° South; from there to the continent, the Southern Ocean covers 32 million square kilometers. This is 65 times the size of the North Sea. In the winter season, more than three quarters of this area become covered by ice, whereas 24 million square kilometers become ice free in summer. The water temperatures range between −1.3 and 3 °C.

The size step between krill and its prey is unusually large: generally it takes three or four steps from the 20 μm small phytoplankton cells to a krill-sized organism (via small copepods, large copepods, mysids to 5 cm fish).[2] The next size step in the food chain to the whales is also enormous, a phenomenon only found in the Antarctic ecosystem. E. superba lives only in the Southern Ocean. In the North Atlantic, Meganyctiphanes norvegica and in the Pacific, Euphausia pacifica are the dominant species.