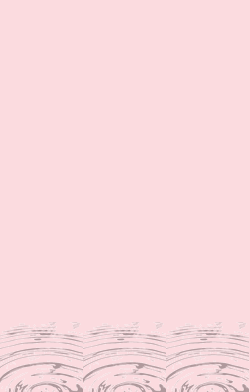 • Ambystoma mexicanum has a MOVE of 2.

• Ambystoma mexicanum can regenerate its limbs.

Warm
Graphic by Yukiko Fujiwarawww.cdb.riken.go.jp/en/05_development/0506_piccard05.html
Photo by LoKiLeChcommons.wikimedia.org/wiki/User:Kolling
The axolotl ( /ˈæksəlɒtəl/), Ambystoma mexicanum, is a neotenic mole salamander belonging to the Tiger Salamander complex.[citation needed] Larvae of this species fail to undergo metamorphosis, so the adults remain aquatic and gilled. The species originates from Lake Texcoco underlying Mexico City and is also called ajolote (which is also the common name for the Mexican Mole Lizard). Axolotls are used extensively in scientific […] read more

/ˈæksəlɒtəl/), Ambystoma mexicanum, is a neotenic mole salamander belonging to the Tiger Salamander complex.[citation needed] Larvae of this species fail to undergo metamorphosis, so the adults remain aquatic and gilled. The species originates from Lake Texcoco underlying Mexico City and is also called ajolote (which is also the common name for the Mexican Mole Lizard). Axolotls are used extensively in scientific research due to their ability to regenerate most body parts, ease of breeding, and large embryos. They are commonly kept as pets in the United States, Great Britain, Australia, Japan (sold under the name wooper looper(ウーパールーパー Ūpā Rūpā?)) and other countries.[citation needed]


As of 2010, wild axolotls are near extinction[1] due to urbanization in Mexico City and polluted waters. Nonnative fish such as African tilapia and Asian carp have also recently been introduced to the waters. These new fish have been eating the axolotls’ young, as well as its primary source of food.[2] The axolotl is currently on the International Union for Conservation of Nature’s annual Red List of threatened species.[3]

The axolotl is only native to Lake Xochimilco and Lake Chalco in central Mexico. Unfortunately for the axolotl, Lake Chalco no longer exists as it was artificially drained to avoid periodic flooding, and Lake Xochimilco remains a diminished glimpse of its former self, existing mainly as canals.

The axolotl is carnivorous, consuming small prey such as worms, insects, and small fish in the wild. Axolotls locate food by smell, and will “snap” at any potential meal, sucking the food into their stomachs with vacuum force.[citation needed]

Axolotls are also sold as food in Mexican markets and were a staple in the Aztec diet.[2]

A. mexicanum, also known as the Mexican Axolotl, is a long, cylindrical salamander, reaching lengths of about 30 centimeters (12 inches). A neotenic salamander, its most notable physical feature is its gills, which protrude from the back of its wide head and remain there throughout adulthood. Its legs are short. It has four fingers on each of its front legs and five toes on each of its back legs. In the wild, its coloration is dark, but an albino variety has been bred in captivity (Utah’s Hogle Zoo 2003).

The axolotl is inactive during the day, resting on the substrate with the gills splayed. They move slowly and may surface occasionally to take a breath of air (3). Young axolotl feed on algae, but older individuals will take aquatic invertebrates. The axolotl is primarily preyed upon by herons (2). A species of fascination to scientists the world over, the axolotl has many study-worthy traits. Whilst able to remain in larval form throughout its life, the axolotl can metamorphose into a fully-adult Mexican salamander if its habitat dries up. Additionally, rather than forming scar tissue when wounded, tissues at the wound site convert to a stem cell-like state, meaning that they are able to re-grow missing tissue in its entirety, even a whole limb (3).