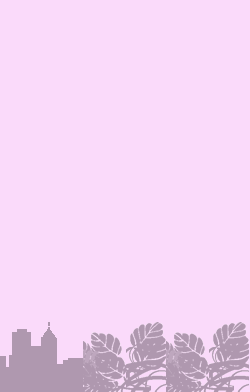 Fact: The consumption of Beta vulgaris causes pink urine in some people

Cool, Warm
Graphic by Amy Hollidaywww.amyholliday.co.uk
Photo by Evan-Amosen.wikipedia.org/wiki/File:Beets-Bundle.jpg
Beta vulgaris (beet) is a plant in the Chenopodiaceae family which is now included inAmaranthaceae family.[1][2][3][4][5] It has numerous cultivated varieties, the most well known of which is the root vegetable known as the beetroot or garden beet. However, other cultivated varieties include the leaf vegetable chard, as well as the root vegetable sugar beet, which is important in […] read more

Beta vulgaris (beet) is a plant in the Chenopodiaceae family which is now included inAmaranthaceae family.[1][2][3][4][5] It has numerous cultivated varieties, the most well known of which is the root vegetable known as the beetroot or garden beet. However, other cultivated varieties include the leaf vegetable chard, as well as the root vegetable sugar beet, which is important in the production of table sugar, and mangelwurzel, which is a fodder crop. Threesubspecies are typically recognised. All cultivated varieties fall into the subspecies Beta vulgarissubsp. vulgaris, while Beta vulgaris subsp. maritima, commonly known as the sea beet, is the wild ancestor of these, and is found throughout the Mediterranean, the Atlantic coast of Europe, the Near East, and India. A second wild subspecies, Beta vulgaris subsp. adanensis, occurs from Greece to Syria.

The roots are most commonly deep red-purple in color, but come in a wide variety of other shades, including golden yellow and red-and-white striped.[6]

Beta vulgaris is a herbaceous biennial or, rarely, perennial plant with leafy stems growing to 1–2 m tall. The leaves are heart-shaped, 5–20 cm long on wild plants (often much larger in cultivated plants). The flowers are produced in dense spikes; each flower is very small, 3–5 mm diameter, green or tinged reddish, with five petals; they are wind pollinated. The fruit is a cluster of hardnutlets.

The beetroot, also known in North America as the table beet, garden beet, red or golden beet, or informally simply as the beet, refers to any of the cultivated varieties of beet (Beta vulgaris) grown for their edible taproots, especially B. vulgaris L. subsp. conditiva.[1] They are among the most commonly encountered varieties in North America, Central America, and Europe.

The usually deep red roots of beetroot are eaten either grilled, boiled, or roasted as a cooked vegetable, cold as a salad after cooking and adding oil and vinegar, or raw and shredded, either alone or combined with any salad vegetable. A large proportion of the commercial production is processed into boiled and sterilised beets or into pickles. In Eastern Europe, beet soup, such asborscht, is a popular dish. In Indian cuisine, chopped, cooked, spiced beet is a common side dish. Yellow-coloured beetroots are grown on a very small scale for home consumption.[2]

The green, leafy portion of the beet is also edible. It is most commonly served boiled or steamed, in which case it has a taste and texture similar to spinach. Those selected should be bulbs that are unmarked, avoiding those with overly limp leaves or wrinkled skins, both of which are signs of dehydration.

A traditional Pennsylvania Dutch dish is red beet eggs. Hard-boiled eggs are refrigerated in the liquid left over from pickling beets and allowed to marinate until the eggs turn a deep pink-red color.

In Poland, beet is combined with horseradish to form popular Ćwikła z chrzanem, which is often added to a meal consisting of meat, potatoes and a salad.

When beet juice is used, it is most stable in foods with a low water activity, such as frozen novelties and fruit fillings.[4] Betanins, obtained from the roots, are used industrially as redfood colourants, e.g. to intensify the colour of tomato paste, sauces, desserts, jams and jellies, ice cream, sweets and breakfast cereals.[2]

Beet pulp is fed to horses that are in vigorous training or conditioning and to those that may be allergic to dust from hay.[citation needed]

Beetroot can also be used to make wine.[5]

The consumption of beets causes pink urine in some people.

Beetroot juice has been found to improve performance in athletes, possibly because of its abundance of nitrites.[citation needed]