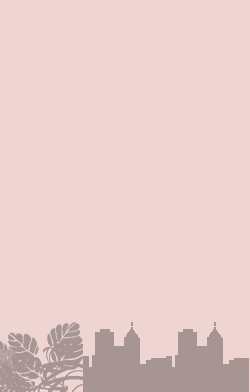 • Rubus ursinus has a SPREAD of 1. (Requires an HERBIVORE or OMNIVORE). Rubus ursinus should not be confused with the popular handheld device.

Cool, Warm
Graphic by Agataigi-unleashed.deviantart.com/
Photo by Forbiddingforbidding.deviantart.com
Blackberries are perennial plants which typically bear biennial stems (“canes”) from the perennial root system.[2] In its first year, a new stem, the primocane, grows vigorously to its full length of 3-6 m (in some cases, up to 9 m), arching or trailing along the ground and bearing large palmately compound leaves with five or seven leaflets; it […] read more

In its first year, a new stem, the primocane, grows vigorously to its full length of 3-6 m (in some cases, up to 9 m), arching or trailing along the ground and bearing large palmately compound leaves with five or seven leaflets; it does not produce any flowers. In its second year, the cane becomes a floricane and the stem does not grow longer, but the flower buds break to produce flowering laterals, which bear smaller leaves with three or five leaflets.[2] First and second year shoots are usually spiny with numerous short curved very sharp thorns (thornless cultivars have been developed purposefully). Recently the University of Arkansas has developed primocane fruiting blackberries that grow and flower on first year growth much as the primocane (also called fall bearing or everbearing) fruiting red raspberries.

Unmanaged mature plants form a tangle of dense arching stems, the branches rooting from the node tip on many species when they reach the ground. Vigorous and growing rapidly in woods, scrub, hillsides and hedgerows, blackberry shrubs tolerate poorsoils, readily colonizing wasteland, ditches and vacant lots.[1][3]

The flowers are produced in late spring and early summer on short racemes on the tips of the flowering laterals.[2] Each flower is about 2-3 cm in diameter with five white or pale pink petals.[2] The newly developed primocane fruiting produces flowers and fruits on the new growth.

The drupelets only develop around ovules that are fertilized by the male gamete from a pollen grain. The most likely cause of undeveloped ovules is inadequate pollinator visits.[4] Even a small change in conditions, such as a rainy day or a day too hot for bees to work after early morning, can reduce the number of bee visits to the flower, thus reducing the quality of the fruit. However, the early flowers typically form moredrupelets than the later ones because the early flower buds develop over a longer period during the dormant period[citation needed]. Incomplete drupelet development can also be a symptom of exhausted reserves in the plant’s roots, or infection with a virus such as Raspberry bushy dwarf virus.

In botanical terminology, the fruit is not a berry, but an aggregate fruit of numerous drupelets ripening to black or dark purple.

Blackberry leaves are also a food for certain caterpillars; some grazing mammals, especially deer, are also very fond of the leaves. Caterpillars of the concealer moth Alabonia geoffrella have been found feeding inside dead blackberry shoots.

Rubus ursinus is a species of blackberry or dewberry known by the common names California blackberry and Pacific blackberry. It is native to western North America. This is a wide, spreading shrub or vine-bearing bush with prickly branches. Its white flowers may be distinguished from those of other blackberries by their narrow petals. The sweet, edible fruits are dark purple to black and up to 2 centimeters in length. One theory surmises that this species is an ancestor of the loganberry, and is a parent of the Boysenberry. in coastal Washington, the plants are both male and female, the trailing vines appear to be bi-annual for fruiting. They are vigorous spreaders, and need high amounts of moisture to set large fruit. In coastal areas of Washington state they are called “little wild blackberries” and are a favored fruit for commercial pies at restaurants and bakeries. The fruit freezes well on cookie sheets. Seed size seems to be related to fruit “cell” size, and the smallest(1 cm) fully formed berries are most highly prized. Trailing dewberies are a direct ancestor to “marion berries”.