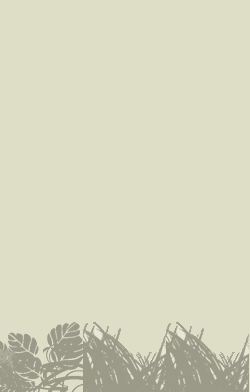 • Connochaetes taurinus has a MOVE of 2. The Serengeti boasts over one million Blue Wildebeests.

Warm, Hot
Graphic by Ashley Navaquicksilvercreatures.wordpress.com/
Photo by Steve Evanscommons.wikimedia.org/wiki/File:Wildebeest_Steve_Evans.jpg
The Blue Wildebeest (Connochaetes taurinus), also called the Common Wildebeest, is a large antelope and one of two sp ecies of wildebeest. It grows to 115–145 cm shoulder height and attains a body mass of 168–274 kg.[2] They range the open plains, bushveld and dry woodlands of Southern and East Africa, realizing a life span […] read more

The Blue Wildebeest (Connochaetes taurinus), also called the Common Wildebeest, is a large antelope and one of two sp

ecies of wildebeest. It grows to 115–145 cm shoulder height and attains a body mass of 168–274 kg.[2] They range the open plains, bushveld and dry woodlands of Southern and East Africa, realizing a life span in excess of twenty years. This herbivore is a grazing animal that is often sighted in open grasslands or clearings in a savanna. The male is highly territorial using scent markings and other devices to protect his domain. The largest population is in the Serengeti, numbering over one million animals.

Blue Wildebeest are found in open and bush-covered savanna in south and east Africa, thriving in areas that are neither too wet nor too arid. They can be found in places that vary from overgrazed areas with dense bush to open woodland floodplains. Wildebeests prefer the bushveld and grasslands of the southern savanna.[5] The terrestrial biome designations for these preferred habitats are savanna, grassland, open forest and scrub forest.

Large herds numbering into the thousands may be observed on the Tanzanian Serengeti equatorial plain, and in Zambia in Liuwa Plain National Park, in their annual migration. Smaller herds of about thirty are found in northern Botswana, Zimbabwe[6] and the South African locations of Waterberg, Kruger National Park, and Mala Mala. Some herds can be found almost to the southern tip of South Africa.

Blue Wildebeests can tolerate arid regions, as long as a potable water supply is available. Since all Wildebeests require a long drink every day or two, they must have water within about 15 to 25 km distance. Their blunt muzzles are best equipped for biting short green grasses, since a wide incisor row prevents more selective feeding. Short grasses of these type are usually only found on alkaline or volcanic soils. Blue Wildebeests are a favorite prey item to lions, spotted hyenas, and Nile crocodiles. The latter stalk them at river crossings. The young also fall prey to cheetahs, leopards, and wild dogs.

The blue wildebeest is a grazer, its broad mouth adapted to bulk feeding on short grass. However, its dependence on short grass, together with its need to drink at least every other day, limits the species to moist grassland and to areas within reach of water (4) (8), although interestingly it is also known to survive in waterless regions of the Kalahari by feeding on melons and water-storing roots and tubers (4). The need to follow seasonal grazing and water supplies leads the blue wildebeest to form some of the largest migratory herds of all antelopes, with those in the Serengeti-Masai Mara ecosystem of Kenya and Tanzania forming part of the world’s largest remaining aggregations of large land mammals (4). However, not all wildebeest migrate, with some remaining in the same area year-round, generally forming small herds of up to ten females plus immature offspring (2) (4). The females in these herds tend to establish dominance hierarchies and harass any outsiders who attempt to join. In contrast, the only stable associations in migratory herds are between a female and offspring. Depending on the environmental conditions, different blue wildebeest populations, and even the same population at different times, may show every variation between these social extremes (4). The blue wildebeest has an unusually restricted breeding season. Around 80 to 90 percent of calves are born within a two to three week period, usually at the start of the rains, when conditions are most favourable (2) (4). This also helps to protect the calves by creating a glut for predators. The female blue wildebeest gives birth annually, to a single calf, after a gestation period of around eight months. The calf follows the female from the moment it can stand, usually within 15 minutes of birth, and is weaned by nine months (2). The young male is pushed out of the herd by territorial males after the first year, after which it joins a bachelor herd, which may also contain older and non-territorial males (2) (4). After reaching sexual maturity at three to four years old, the male becomes solitary and attempts to establish its own territory, which may be temporary in migratory populations, or may be continuously occupied and defended for years (2). Territorial competition between males typically involves ritualised displays, pushing with the horns, and the loud ‘ge-nu’ call that gives the wildebeest its other name, the gnu (2) (6). The lifespan of the blue wildebeest is around 20 years in the wild (3).