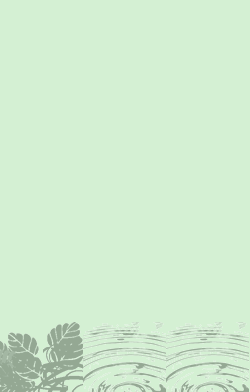 Play: Boa constrictor has a MOVE of 2.

warm, hot
Graphic by Celeste Agnesslightly.weirdly.net
The Boa constrictor (Boa constrictor) is a large, heavy-bodied species of snake. It is a member of the Boidae family found in Central America, South America and some islands in the Caribbean. A staple of private collections and public displays, its color pattern is highly variable yet distinctive. Ten subspecies are currently recognized, although some […] read more
Sorry, there is no photo available. If you have one, please submit here.

The Boa constrictor (Boa constrictor) is a large, heavy-bodied species of snake. It is a member of the Boidae family found in Central America, South America and some islands in the Caribbean. A staple of private collections and public displays, its color pattern is highly variable yet distinctive. Ten subspecies are currently recognized, although some of these are controversial.[2]

The Boa constrictor is a large snake, although only modestly sized in comparison to many other larger snakes such as the reticulated and Burmese python, and can reach lengths of anywhere from 1-4 meters (3-13 feet) depending on the locality and the availability of suitable prey.[4] There is clear sexual dimorphism seen in the species with females generally being significantly larger, in both length and girth, than males. As such the average size of a mature female boa is between 7-10 ft, whilst it is only 6-8 ft for the males.[5] It is common for female individuals to exceed 10 ft, particularly in captivity, where lengths of up to 12 ft or even 14 ft can be seen.[6] A report of a Boa constrictor growing up to 18½ ft (5.5m) was later found to be a misidentified green anaconda.[7]

Other examples of sexual dimorphism in the species include the fact that males generally have longer tails to contain the hemipenes and also longer cloacal spurs, hind leg remnants, which are used to grip and stimulate the female during copulation.[9]

Boa constrictor has long been famous as one of the largest species of snake. In reality, boa constrictors are fairly modest-sized Boidae and are dwarfed by the other competitors for this title. The maximum length reported in B. constrictor was slightly over 4 meters. Individuals are generally between 2 and 3 meters in length, although island forms are commonly below 2 meters. Within populations, females are usually larger than males. However, the tails of males may be proportionally longer than those of females because of the space taken up by the hemipenes. Boa constrictor coloration and pattern are distinctive. Dorsally the background color is cream or brown that is marked with dark “saddle-shaped” bands. These saddles become more colorful and prominent towards the tail, often becoming reddish brown with either black or cream edging. Along the sides, there are rhomboid, dark marks. They may have smaller dark spots over the entire body. The head of a boa constrictor has 3 distinctive stripes. First is a line that runs dorsally from the snout to the back of the head. Second, there is a dark triangle between the snout and the eye. Third, this dark triangle is continued behind the eye, where it slants downward towards the jaw. However, there are many variations on appearance. At least 9 subspecies are currently recognized by some authorities, although many of these are poorly defined and future research will undoubtedly modify this taxonomy. Currently acknowledged subspecies include: B. c. constrictor, B. c. orophias, B. c. imperator, B. c. occidentalis, B. c. ortonii, B. c. sabogae, B. c. amarali, B. c. nebulosa (Dominican boa, recently elevated to full species), and B. c. longicauda. Most of these subspecies are distinguished largely by their range rather than appearance, but regional (subspecific) variation in form, size, and coloration does occur. (Chiaraviglio et al., 2003; Mattison, 2007; O’Shea, 2007; Stafford, 1986)