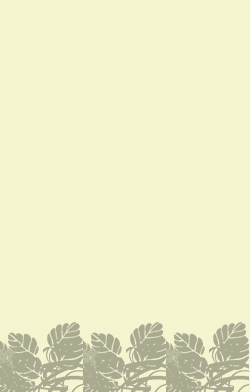 • The seeds of Theobroma cacao are used to make cocoa powder and chocolate.

Warm, Hot
Graphic by rag-chimerarag-chimera.tumblr.com/
Theobroma cacao also cacao tree and cocoa tree, is a small (4–8 m (13–26 ft) tall) evergreen treein the family Malvaceae,[1] native to the deep tropical region of America. Its seeds are used to makecocoa powder and chocolate. Leaves are alternate, entire, unlobed, 10–40 cm (3.9–16 in) long and 5–20 cm (2.0–7.9 in) broad. The flowers are produced in clusters directly on the trunk and older branches; this is […] read more
Sorry, there is no photo available. If you have one, please submit here.

Theobroma cacao also cacao tree and cocoa tree, is a small (4–8 m (13–26 ft) tall) evergreen treein the family Malvaceae,[1] native to the deep tropical region of America. Its seeds are used to makecocoa powder and chocolate.

The flowers are produced in clusters directly on the trunk and older branches; this is known ascauliflory. The flowers are small, 1–2 cm (0.39–0.79 in) diameter, with pink calyx. While many of the world’s flowers are pollinated by bees (Hymenoptera) or butterflies/moths (Lepidoptera), cacao flowers are pollinated by tiny flies, Forcipomyia midges in the order Diptera.[2] The fruit, called a cacao pod, is ovoid, 15–30 cm (5.9–12 in) long and 8–10 cm (3.1–3.9 in) wide, ripening yellow to orange, and weighs about 500 g (1.1 lb) when ripe. The pod contains 20 to 60 seeds, usually called “beans”, embedded in a white pulp. The seeds are the main ingredient of chocolate, while the pulp is used in some countries to prepare a refreshing juice. Each seed contains a significant amount of fat (40–50%) as cocoa butter. Their most noted active constituent is theobromine, a compound similar to caffeine.

T. cacao is widely distributed from southeastern Mexico to the Amazon basin. There were originally two hypotheses about its domestication; one said that there were two foci for domestication, one in the Lacandon area of Mexico and another in lowland South America. More recent studies of patterns of DNA diversity, however, suggest that this is not the case. Motomayor et al.[4] sampled 1241 trees and classified them into 10 distinct genetic clusters. This study also identified areas, for example around Iquitos in modern Peru, where representatives of several genetic clusters originated. This result suggests that this is where T. cacao was originally domesticated, probably for the pulp that surrounds the beans, which is eaten as a snack and fermented into a mildly alcoholic beverage.[5] Using the DNA sequences obtained by Motomayor et al. and comparing them with data derived from climate models and the known conditions suitable for cacao, Thomas et al. have further refined the view of domestication, linking the area of greatest cacao genetic diversity to a bean-shaped area that encompasses the border between Brazil and Peru and the southern part of the Colombian-Brazilian border.[6] Climate models indicate that at the peak of the last ice age 21,000 years ago, when habitat suitable for cacao was at its most reduced, this area was still suitable, and so provided a refugium for the species. Thomas et al. speculate that from there people took cacao to Mexico, where selection for the beans took place.

Cacao trees grow well as understory plants in humid forest ecosystems. This is equally true of abandoned cultivated trees, making it difficult to distinguish truly wild trees from those whose parents may originally have been cultivated.