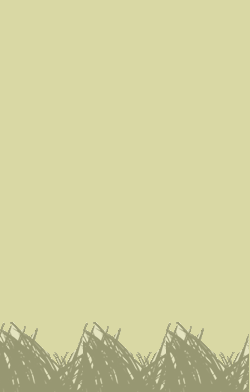 • Acinonyx jubatus has a MOVE of 2.

Warm, Hot
Graphic by Jen Berrywww.jenberry.co.uk/
The cheetah (Acinonyx jubatus) is an atypical member of the cat family (Felidae) that is unique in its speed, while lacking strong climbing abilities. The species is the only living member of get ex back the genus Acinonyx. It is the fastest land animal, reaching speeds between 112 and 120 km/h (70 and 75 mph)[3][4] […] read more
Sorry, there is no photo available. If you have one, please submit here.

The cheetah (Acinonyx jubatus) is an atypical member of the cat family (Felidae) that is unique in its speed, while lacking strong climbing abilities. The species is the only living member of

The cheetah’s chest is deep and its waist is narrow. The coarse, short fur of the cheetah is tan with round black spots measuring from 2 to 3 cm (0.79 to 1.2 in) across, affording it some camouflage while hunting. There are no spots on its white underside, but the tail has spots, which merge to form four to six dark rings at the end. The tail usually ends in a bushy white tuft. The cheetah has a small head with high-set eyes. Black “tear marks” running from the corner of its eyes down the sides of the nose to its mouth keep sunlight out of its eyes and aid in hunting and seeing long distances. Although it can reach high speeds, its body cannot stand long distance running. It is a sprinter.

The adult cheetah weighs from 36 to 65 kg (79 to 140 lb). Its total body length is from 115 to 135 cm (45 to 53 in), while the tail can measure up to 84 cm (33 in) in length. Cheetahs are 67 to 94 cm (26 to 37 in) in height at the shoulder. Males tend to be slightly larger than females and have slightly bigger heads, but there is not a great variation in cheetah sizes and it is difficult to tell males and females apart by appearance alone. Compared to a similarly sized leopard, the cheetah is generally shorter-bodied, but is longer tailed and taller (it averages about 90 cm (35 in) tall) and so it appears more streamlined.

With the exception of the lion (Panthera leo), the cheetah is more gregarious than the other big cats; siblings stay together for around 6 months after leaving their mother (3), and brothers will often remain together for life (2). In the Serengeti, where the majority of research has been undertaken, male coalitions are common and around a third of the time these include unrelated males (2). It is thought that males benefit from living in groups by being able to obtain and keep territories, which in turn allows them greater access to females (2). Apart from when they have young, females are solitary and non-territorial, occupying vast home ranges as large as 800km2 (2). Females are sexually mature at around 24 months and can give birth throughout the year. At 3-4 cubs, the litter size is larger than that of the other big cats (3). The cubs are nursed in a lair amongst a rocky outcrop or within tall grasses, and until they are around 8 weeks old, the female must leave them alone whist she hunts (2). The death rate of young cheetahs is high and they are at risk from predation by lions, hyenas and even baboons (3). Cheetahs are the fastest land mammal and use their speed to run-down their prey. Observing from a vantage point, an individual will pick off an antelope at the edge of the herd, stalk and then give chase (6). Cheetahs are able to maintain a speed of up to 87 kilometres an hour for 200-300 metres, before bringing the prey to the ground and then lunging for the throat (3). The carcass is devoured quickly as cheetahs are often displaced from their kills by the more aggressive carnivores of the plains; medium sized antelope such as Thomson’s gazelle (Gazella thomsoni) make up the majority of the diet (6).