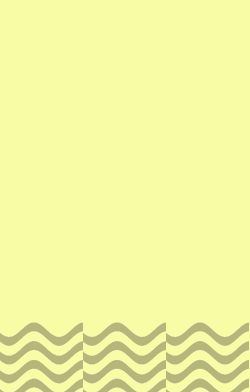 Sorry, there is no photo available. If you have one, please submit here .
Animalia, Annelida, Polychaeta

• Spirobranchus giganteus is a SUSPENSION FEEDER, and needs to be played adjacent to at least 1 compatible PLANKTON SPECIES.

warm
Graphic by Melissa Guionwww.melissaguion.com
Spirobranchus giganteus, commonly known as Christmas tree worms, are small, tube-building polychaete worms belonging to the family Serpulidae. The worm is aptly named; both its common and Latin names refer to the two chromatically hued spiral structures, the most common feature seen by divers. Actually, the multicolored spirals are merely the worm’s highly derived respiratory structures. S. giganteus […] read more
Sorry, there is no photo available. If you have one, please submit here.

The worm is aptly named; both its common and Latin names refer to the two chromatically hued spiral structures, the most common feature seen by divers. Actually, the multicolored spirals are merely the worm’s highly derived respiratory structures.

S. giganteus is similar to most tube-building polychaetes. It has a tubular, segmented body lined with chaeta, small appendages that aid the worm’s mobility. Because it does not move outside its tube, this worm does not have any specialized appendages for movement or swimming.

The worms’s most distinct features are two “crowns” shaped like Christmas-trees. These are highly modified prostomial palps, which are specialized mouth appendages. Each spiral is composed of feather-like tentacles called radioles, which are heavily ciliated and allow any prey trapped in them to be transported to the worm’s mouth. While they are primarily feeding structures, S. giganteus also uses its radioles for respiration; hence, the structures commonly are called “gills.”

One major difference between Christmas-tree worms and the closely related sabellida fan worms is that the latter do not have any specialized body structures to plug their tube holes when they withdraw into them. S. giganteus, like other members of its family, possess a modified radiole, usually called the operculum, that it uses to secure its hole when withdrawn into its tube.

As an annelid, S. giganteus possesses a complete digestive system and has a well-developed closed circulatory system. Like other annelids, these worms possess well-developed nervous systems with a central brain and many supporting ganglia, including pedal ganglia, unique to the Polychaeta. Like other polychaetes, S. giganteusexcrete with fully developed nephridia. When they reproduce, they simply shed their gametes straight into the water where the eggs (and spermatozoa) become part of thezooplankton to be carried by the currents.

Christmas tree worms are widely distributed throughout the world’s tropical oceans. They have been known to occur from the Caribbean to the Indo-Pacific.[1]

Spirobranchus giganteus is commonly found embedded in entire heads of massive corals, such as stony corals like Porites and brain corals. Like members of its family, it can secrete a calcareous tube around its body. This tube serves as the worm’s home and protection. S. giganteus usually bores a hole into an existing head of living coral before secreting its tube, thereby increasing its level of protection.

As sedentary inhabitants of coral reefs, Christmas tree worms feed primarily by filter feeding. They use their brightly colored radioles to filter microorganisms from the water, which are then deposited straight into the worm’s digestive tract.

Few organisms are known to feed on tube-borne polychaetes and S. giganteus is no exception.