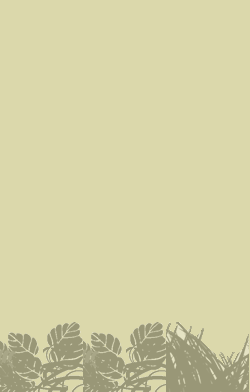 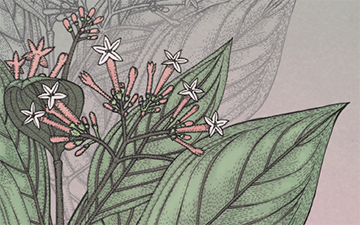 Fact: The drug quinine is isolated from cinchona.

warm, hot
Graphic by Julia K. Kreutzjuliakreutz.com/
Cinchona, common name quina, is a genus of about 25 recognized species in the family Rubiaceae, native to the tropical Andes forests of western South America.[2] A few species are reportedly naturalized in Central America, Jamaica, French Polynesia, Sulawesi, Saint Helena in the South Atlantic, and São Tome & Principe off the coast of tropical […] read more
Sorry, there is no photo available. If you have one, please submit here.

Cinchona, common name quina, is a genus of about 25 recognized species in the family Rubiaceae, native to the tropical Andes forests of western South America.[2] A few species are reportedly naturalized in Central America, Jamaica, French Polynesia, Sulawesi, Saint Helena in the South Atlantic, and São Tome & Principe off the coast of tropical Africa. A few species are used as medicinal plants, known as sources for quinine and other compounds.

The name of the genus is due to Linnaeus, who named the tree in 1742 after the Second Countess of Chinchón, the wife of a viceroy of Peru, who, in 1638 (according to accounts at the time, now disparaged) was introduced by native Quechua healers to the medicinal properties of cinchona bark. Stories of the medicinal properties of this bark, however, are perhaps noted in journals as far back as the 1560s–1570s.[citation needed]

It is the national tree of Ecuador[3] and Peru.[4]

The medicinal properties of the cinchona tree were originally discovered by the Quechua peoples of Peru, Bolivia, and Ecuador, and long cultivated by them as a muscle relaxant to abate shivering due to low body temperatures, and symptoms of Malaria. The Countess of Chinchon contracted malaria and native people persuaded her to immerse in a small pond beneath a tree; the water was bitter (due to the quinine contents). After a few days the Countess was cured of malaria. When the scientific botanical classification was determined, the tree was named after the Chinchon Countess, Chinchona. Later the Jesuit Brother Agostino Salumbrino (1561–1642), an apothecary by training who lived in Loja (Ecuador) and Lima, observed the Quechua using the quinine-containing bark of the cinchona tree for the purpose of curing malaria. While its effect in treating malaria (and related malaria-induced shivering) was entirely unrelated to the plant’s efficacy in controlling shivering from cold, it was nevertheless the correct medicine for malaria. The use of the “fever tree” bark was introduced into European medicine by Jesuit missionaries (Jesuit’s bark). Jesuit Bernabé Cobo (1582–1657), who explored Mexico and Peru, is credited with taking cinchona bark to Europe. He brought the bark from Lima to Spain, and afterwards to Rome and other parts of Italy, in 1632. To maintain their monopoly on cinchona bark, Peru and surrounding countries began outlawing the export of cinchona seeds and saplings beginning in the early 19th century.

In the 19th century, the plant’s seeds and cuttings were smuggled out for new cultivation at cinchona plantations in colonial regions of tropical Asia, notably by the British to the British Raj and Ceylon (present day India and Sri Lanka), and by the Dutch to Java in the Dutch East Indies (present day Indonesia).[5]

As a medicinal herb, cinchona bark is also known as Jesuit’s bark or Peruvian bark. The bark is stripped from the tree, dried, and powdered for medicinal uses. The bark is medicinally active, containing a variety of alkaloids including the antimalarial compound quinine and the antiarrhythmic quinidine. Although the use of the bark has been largely superseded by more effective modern medicines, cinchona is the only economically practical source of quinine, a drug that is still recommended for the treatment of Malaria.[6]