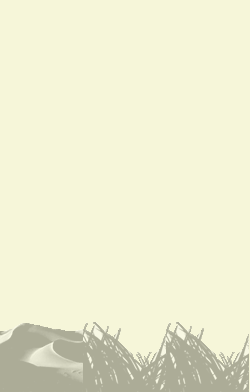 • Puma concolor has a MOVE of 2, and can live on any land based TERRAIN.

• Puma concolor the highest number of names, with over 40 names in English alone.

Warm
Graphic by S. M. Bittlerwww.synnabar.com
The cougar (Puma concolor), also known as the puma, mountain lion, panther, or catamount, is a large cat of the family Felidae native to the Americas. Its range, from the Canadian Yukon to the southern Andes of South America, is the greatest of any large wild terrestrial mammal in theWestern Hemisphere.[3] An adaptable, generalist species, the cougar is found in every majorAmerican habitat type. It […] read more
Sorry, there is no photo available. If you have one, please submit here.

The cougar (Puma concolor), also known as the puma, mountain lion, panther, or catamount, is a large cat of the family Felidae native to the Americas. Its range, from the Canadian Yukon to the southern Andes of South America, is the greatest of any large wild terrestrial mammal in theWestern Hemisphere.[3] An adaptable, generalist species, the cougar is found in every majorAmerican habitat type. It is the second heaviest cat in the Western Hemisphere, after the jaguar. Solitary by nature and nocturnal,[4] the cougar is most closely related to smaller felines and is nearer genetically to the domestic cat than true lions.

An excellent stalk-and-ambush predator, the cougar pursues a wide variety of prey. Primary food sources include ungulates such as deer, elk, moose, and bighorn sheep, as well as domestic cattle, horses and sheep, particularly in the northern part of its range. It will also hunt species as small as insects and rodents. This cat prefers habitats with dense underbrush and rocky areas for stalking, but can also live in open areas. The cougar is territorial and survives at low population densities. Individual territory sizes depend on terrain, vegetation, and abundance of prey. While large, it is not always the apex predator in its range, yielding to the jaguar, grey wolf,American black bear, and grizzly bear. It is reclusive and usually avoids people. Fatal attacks on humans are rare, but have been trending upward in recent years as more people enter their territory.[5]

Excessive hunting following European colonization of the Americas and the ongoing human development of cougar habitat has caused populations to drop in most parts of its historical range. In particular, the cougar was extirpated in eastern North America in the beginning of the 20th century, except for an isolated subpopulation in Florida. However, in recent decades, breeding populations have moved east into the far western parts of the Dakotas, Nebraska, and Oklahoma. Transient males have been verified in Minnesota,[6] Wisconsin,[7] Iowa,[8][9] theUpper Peninsula of Michigan, and Illinois, where a cougar was shot in the city limits of Chicago[10][11][12] and, in at least one instance, observed as far east as Connecticut.[13][14]

With its vast range across the length of the Americas, Puma concolor has dozens of names and various references in the mythology of the indigenous Americans and in contemporary culture. The cat has many names in English, of which cougar, puma and mountain lion are popular. “Mountain lion” was a term first used in writing in 1858 from the diary of George A. Jackson ofColorado.[15] However, mountain lion is technically incorrect, as its range is not limited to mountain regions, nor can it roar like a true lion, the latter being of the genus Panthera. Other names include “catamount” (probably a contraction from “cat of the mountain”), “panther”, “mountain screamer” and “painter”. Lexicographers regard painter as a primarily upper-Southern US regional variant on “panther”.[16] The word panther (while technically referring to all members of the genus Panthera), is commonly used to specifically designate the black panther, amelanistic jaguar or leopard, and the Florida panther, a subspecies of cougar (Puma concolor coryi).

Puma concolor holds the Guinness record for the animal with the highest number of names, presumably due to its wide distribution across North and South America. It has over 40 names in English alone.[17]

“Cougar” may be borrowed from the archaic Portuguese çuçuarana; the term was originally derived from the Tupi language. A current form in Brazil is suçuarana. It may also be borrowed from the Guaraní language term guaçu ara or guazu ara. Less common Portuguese terms are onça-parda (lit. brown onça, in distinction of the black-spotted [yellow] one, onça-pintada, the jaguar) or leão-baio (lit. chestnut lion), or unusually non-native puma or leão-da-montanha, more common names for the animal when native to a region other than South America (especially for those who do not know that suçuaranas are found elsewhere but with a different name). People in rural regions often refer to both the cougar and to the jaguar as simply gata (lit. she-cat), and outside of the Amazon, both are colloquially referred to as simply onçaby many people (that is also a name for the leopard in Angola).

In the 17th century, German naturalist Georg Marcgrave named the cat the cuguacu ara. Marcgrave’s rendering was reproduced by his associate, Dutch naturalist Willem Piso, in 1648. Cuguacu ara was then adopted by English naturalist John Ray in 1693.[18] The French naturalist Georges-Louis Leclerc, Comte de Buffon in 1774 (probably influenced by the word “jaguar”) converted the cuguacu ara to cuguar, from when it was later modified to “cougar” in English.[19][20][21]

The first English record of “puma” was in 1777, where it had come from the Spanish, who in turn borrowed it from the Peruvian Quechua language in the 16th century, where it means “powerful”.[22][23]