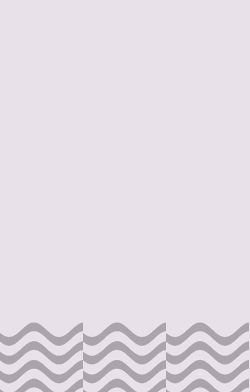 Sorry, there is no photo available. If you have one, please submit here .
Animalia, Echinodermata, Asteroidea

warm
Graphic by Jenny Mörtsellwww.jennysportfolio.com
Acanthaster planci, commonly known as the crown-of-thorns starfish, is a large multi-armed starfish (or seastar) that usually preys upon hard,or stony, coral polyps (Scleractinia). The crown-of-thorns receives its name from poisonous thorn-like spines that cover its upper surface. It is the second largest sea star in the world. Only the sunflower seastar (Pycnopodia helianthoides) is larger. A. plancí […] read more
Sorry, there is no photo available. If you have one, please submit here.

Acanthaster planci, commonly known as the crown-of-thorns starfish, is a large multi-armed starfish (or seastar) that usually preys upon hard,or stony, coral polyps (Scleractinia). The crown-of-thorns receives its name from poisonous thorn-like spines that cover its upper surface. It is the second largest sea star in the world. Only the sunflower seastar (Pycnopodia helianthoides) is larger.

A. plancí has a very wide Indo-Pacific distribution. It occurs at tropical and subtropical latitudes from the Red Sea and the east African coast across the Pacific Ocean, across the Indian Ocean to the west coast of Central America. It occurs where there are coral reefs or hard coral communities in this region.

The body form of the crown-of-thorns starfish is fundamentally the same as that of a typical starfish. Its special traits, however, include being disc-shaped, multi-armed, flexible, prehensile and heavily spined, and having a large ratio of stomach surface to body mass.[1] Its prehensile ability arises from the two rows of numerous tube feet that extend to the tip of each arm. In being multi-armed it has lost the five-fold symmetry (pentamerism) typical of starfish although it begins with this symmetry in its life cycle.

Adult crown-of-thorns starfish normally range in size from 25 to 35 cm (9.8 to 14 in).[2] They have up to 21 arms[3] They are usually of subdued colours, pale brown to grey-green, but they may be more brightly coloured in some parts of their wide distribution.[1]

The long sharp spines on the sides of the starfish’s arms and upper (aboral) surface resemble thorns and create a crown-like shape, giving the creature its name. The spines are stiff and very sharp and readily pierce through soft surfaces (below). Despite the battery of sharp spines on the aboral surface and blunt spines on the oral surface, the crown-of-thorns starfish’s general body surface is membranous and soft. Field collection without damaging them requires careful handling with something like a blunt rod. When the starfish are removed from the water, the body surface ruptures and the body fluid leaks out so that the body collapses and flattens. The spines bend over and flatten, and the starfish becomes a sorry sight. They recover their shape when re-immersed if not left out of water to die. Handling the starfish in an aquarium system during experiments was done carefully by hand under the oral surface[4]

The crown-of-thorns starfish has gained notoriety as a threat to the coral reef ecosystem, particularly in the Great Barrier Reefoff the coast of Australia. Overpopulation of crown-of-thorns has been blamed for widespread reef destruction. Birkeland (1985) describes the starfish as one of the most influential species in the diverse biotic communities that make up tropical coral reefs.

Some ecologists point out that the starfish has an important and active role in maintaining coral reef biodiversity, drivingecological succession. Before overpopulation became a significant issue, crown-of-thorns prevented fast-growing coral from overpowering the slower growing coral varieties.[30]

Other factors negatively affecting the reef ecosystem, such as coral bleaching or Black band disease, mean that outbreaks of the crown-of-thorns can now cause permanent and devastating damage. Increasing outbreaks are also thought to be caused by possible environmental pollution triggers. Algal blooms caused by agricultural run-off may supply predators of crown-of-thorn starfish larvae with plentiful alternative food sources. This seems the most logical explanation for the recent crown-of-thorns outbreak in the Tubbataha Reef, a UNESCO World Heritage Site.[31] These explanations may also explain why massive outbreaks seemingly appearing out of nowhere, with no previous indication of an increasing population at the affected site.[32]

The crown-of-thorns starfish may also “promote transmission” of some coral diseases.[33]