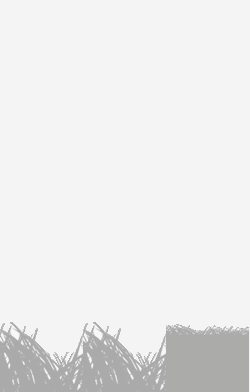 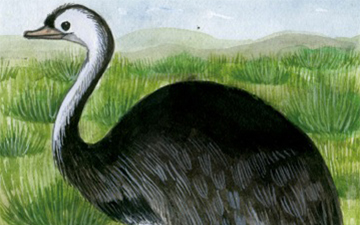 Play: Darwin’s Rhea has a MOVE of 2.
Fact: Darwin was searching for this bird, and first came across it on his dinner table when Conrad Martens, an artist on board the H.M.S. Beagle, accidentally shot one for a meal.

The lesser rhea is mainly an herbivore, with the odd small animal (lizards, beetles, grasshoppers). It predominately eats saltbush and fruits from cacti, as well grasses.[2] They tend to be quiet birds, except as chicks when they whistle mournfully, and as males looking for a female, when they emit a booming call.[2]

The males of this species become aggressive once they are incubating eggs. The females thus lay the later eggs near the nest, rather than in it. Most of the eggs are moved into the nest by the male, but some remain outside, where they rot and attract flies. The male, and later the chicks, eat these flies. The incubation period is 30–44 days, and the clutch size is from 5–55 eggs. The eggs are 87 to 126 mm (3.4–5.0 in) and are greenish yellow.[2] Chicks mature by three years of age. Outside the breeding season, Darwin’s rhea is quite sociable: it lives in groups of from 5 to 30 birds, of both sexes and a variety of ages.[2]