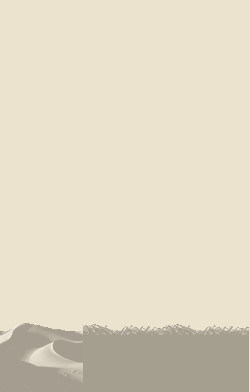 Warm, Hot
Graphic by Dingoatphylogame.org
Photo by Brian Yapyewenyi.net/web/Welcome.html
The Dingo (Canis lupus dingo) is a domestic dog which has reverted to a wild state for thousands of years and today lives largely independent from humans in the majority of its distribution. The name “dingo” mostly refers to populations occurring in Australia, though dingoes have been proven to exist in Thailand through genetic analyses, […] read more

The Dingo (Canis lupus dingo) is a domestic dog which has reverted to a wild state for thousands of years and today lives largely independent from humans in the majority of its distribution.

The name “dingo” mostly refers to populations occurring in Australia, though dingoes have been proven to exist in Thailand through genetic analyses, where they mostly live close to humans. Also, there are dog-populations (e.g. the New Guinea Singing Dog), which bear similarities to the dingo, but have yet to be proven if they are indeed the same animal.[3]

The dingo is considered as an apex predator in Australia and is, together with domestic dogs, the biggest terrestrial predator there. As such they are considered to play an important role in the various ecosystems of the continent.

Due to its habit of attacking livestock and the vulnerability of sheep, dingoes and other wild dogs are seen as a pest by the sheep industry and the resulting control methods normally run counter with efforts of conserving the dingo.

Although close associations are sometimes formed to cooperatively hunt large prey, young adults primarily live a solitary existence during the non-mating season, at which time they come together to mate and rear pups (2). These packs of three to twelve individuals are typically made up of a dominant male and female pair and their subordinate relatives (2). Breeding is restricted to one litter annually per pack, born to the alpha female, while other pack members help care for the young of the dominant pair. The dominant female will kill the pups of any other females in the pack (2). In Australia, dingoes breed from March to April; in Southeast Asia they mate from August to September (3). Gestation lasts 61 to 69 days, with an average litter size of one to ten individuals (2). Female pack members help the mother rear, and even suckle, the pups, and both male and female pack members help feed the young by regurgitating food and water for the pups (5), which usually become independent at three to six months (2). Female dingoes generally become sexually mature at nine to twelve months old, but do not start breeding until two years of age, while males reach full sexual maturity between one and three years of age (5). Dingoes live for up to seven or eight years in the wild and up to 13 years in captivity (2). The dingo is an opportunistic hunter and will hunt small prey alone, such as rabbits, rodents, birds and lizards (2) (3). They will hunt in pairs or family groups when pursuing large prey such as kangaroos (2), wallabies and sheep (3). Since Asian populations all live in close association with humans, much of their diet is composed of household refuse including cooked rice, fruits, and other table scraps (2).