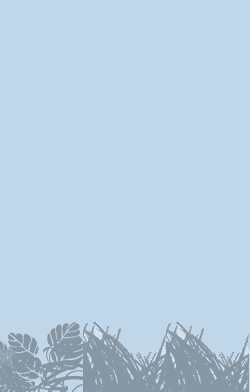 • Capra aegagrus hircus has a MOVE of 2

• There are over three hundred distinct breeds of domesticated goats worldwide.

Cool, Warm
Graphic by latyshoffalatyshoffa.deviantart.com/
Photo by Fir0002www.flagstaffotos.com.au/gallery23/main.php
The domestic goat (Capra aegagrus hircus) is a subspecies of goat domesticated from the wild goat of southwest Asia and Eastern Europe. The goat is a member of the Bovidae family and is closely related to the sheep as both are in the goat-antelope subfamily Caprinae. There are over three hundred distinct breeds of goat.[1] Female goats are referred to as does or nannies, intact males as bucks […] read more

The domestic goat (Capra aegagrus hircus) is a subspecies of goat domesticated from the wild goat of southwest Asia and Eastern Europe. The goat is a member of the Bovidae family and is closely related to the sheep as both are in the goat-antelope subfamily Caprinae. There are over three hundred distinct breeds of goat.[1]

Female goats are referred to as does or nannies, intact males as bucks or billies; their offspring are kids. Note that many goat breeders prefer the terms “buck” and “doe” to “billy” and “nanny”. Castrated males are wethers. Goat meat from younger animals is called kid or cabrito, and from older animals is sometimes called chevon, or in some areas “mutton”.

Goats are among the earliest animals domesticated by humans.[5] The most recent genetic analysis[6] confirms the archaeological evidence that the Anatolian Zagros are the likely origin of almost all domestic goats today. Another major genetic source of modern goats is the Bezoar goat, distributed from the mountainous regions of Asia Minor across the Middle East to Sind.[5]

Neolithic farmers began to keep goats for access to milk and meat, primarily, as well as for their dung, which was used as fuel, and their bones, hair, and sinew for clothing, building, and tools.[1] The earliest remnants of domesticated goats dating 10,000 years before present are found in Ganj Dareh in Iran. Goat remains have been found at archaeological sites in Jericho, Choga, Mami, Djeitun and Cayonu, dating the domestication of goats in western Asia at between 8000 and 9000 years ago.[5]

Historically, goat hide has been used for water and wine bottles in both traveling and transporting wine for sale. It has also been used to produce parchment.

Goats are reputed to be willing to eat almost anything, including tin cans and cardboard boxes. While goats will not actually eat inedible material, they are browsing animals, not grazers like cattle and sheep, and (coupled with their natural curiosity) will chew on and taste just about anything resembling plant matter in order to decide whether it is good to eat, including cardboard and paper labels from tin cans.[18]Another possibility is that the goats are curious about the unusual smells of leftover food in discarded cans or boxes.

Aside from sampling many things, goats are quite particular in what they actually consume, preferring to browse on the tips of woody shrubs and trees, as well as the occasional broad-leaved plant. However, it can fairly be said that their plant diet is extremely varied, and includes some species which are otherwise toxic.[19] They will seldom consume soiled food or contaminated water unless facing starvation. This is one reason goat rearing is most often free ranging, since stall-fed goat rearing involves extensive upkeep and is seldom commercially viable.

Goats prefer to browse on shrubbery and weeds, more like deer than sheep, preferring them to grasses. Nightshade is poisonous; wilted fruit tree leaves can also kill goats. Silage (corn stalks) is not good for goats, but haylage can be used if consumed immediately after opening. Alfalfa is their favorite hay; fescue is the least palatable and least nutritious. Mold in a goat’s feed can make it sick and possibly kill it. Goats should not be fed grass showing any signs of mold.

The digestive physiology of a very young kid (like the young of other ruminants) is essentially the same as that of a monogastric animal. Milk digestion begins in the abomasum, the milk having bypassed the rumen via closure of the reticular/esophageal groove during suckling. At birth, the rumen is undeveloped, but as the kid begins to consume solid feed, the rumen soon increases in size and in its capacity to absorb nutrients.

Goats are one of the oldest domesticated species. Goats have been used for their milk, meat, hair, and skins over much of the world.[2] In the twentieth century they also gained in popularity as pets.[3]

Capra hircus is a domesticated animal and has been raised in almost all habitats. Goats do require grass for grazing, but can thrive in areas of thin growth that would not support other grazers such as sheep or cows. Also,C. hircus can be kept in dry lots as long as they are constantly fed by humans. Some sort of clean and ventilated shelter is necessary, but it does not have to be extravagant. For sleeping, C. hircus prefers a bedded area of at least 15 feet. Goats require exercise; optimally a goat should have at least 25 square feet per animal for this. Due to a well-developed herding instinct, C. hircus prefers to be in groups of 2 or more. As a domesticated species, C. hircus is very susceptible to predation. Therefore, it is best situated in a fenced in area. Feral groups are found usually in rugged mountain country, rocky crags, and alpine meadows. (“Capra hircus“, 1983; “Did you know?”, 2004; “Goat”, 2004)