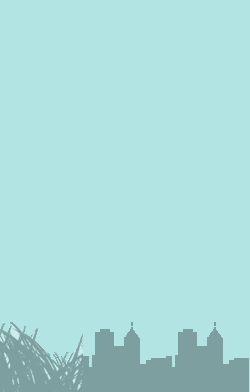 4 POINTS • Tyrannus tyrannus has a FLIGHT of 2. The Eastern Kingbird is highly aggressive toward nest predators and larger birds. Hawks and crows are attacked regularly.

Cool, Warm
Graphic by Tricia Arnoldbabbletrish.blogspot.com/
The Eastern Kingbird, Tyrannus tyrannus, is a large Tyrant flycatcher. Adults are grey-black on the upperparts with light underparts; they have a long black tail with a white end and long pointed wings. They have a red patch on their crown, seldom seen. They are of average size for a kingbird, at 19-23 cm (7.5-9 […] read more
Sorry, there is no photo available. If you have one, please submit here.

The Eastern Kingbird, Tyrannus tyrannus, is a large Tyrant flycatcher.

Some Eastern Kingbirds place their nests in the open while others hide nests very well. Eastern Kingbirds in Southern British Columbia can nest in open fields; in shrubs over open water; high in tall trees and even in the tops of small stumps. It has been shown that those pairs that hide their nests well tend to be less aggressive towards intruders near the nest (perhaps relying on nest cover), while pairs that nest in the open tend to be more overtly aggressive to intruders. Both male and female participate in nest defense, but females may stay on well-hidden nests longer than females with open nests who may leave nests earlier to chase away predators. Those pairs nesting in the open may be able to see predators coming earlier and rely on aggressive behavior to protect their young.

Eastern kingbirds are relatively small members of the genus Tyrannus, from 19.5 to 23 cm long. Males and females are similar, although males are slightly larger in all measurements. Males are distinguished from females by the notching of their 9th and 10th primaries, whereas only the 10th primary is notched in females. They are striking birds, with rich, black plumage dorsally and white plumage ventrally. They have an inconspicuous grey band across the chest. Kingbirds have an erectile crest of feathers on their head, although it isn’t always observed. Males tend to erect their crown feathers more than females. Eastern kingbirds also have a small red or orange patch of feathers on the crown, which is rarely seen. They have a distinctive white trailing edge on the tail. The bill, claws, and legs are black. There are no recognized subspecies, but there is geographic variation in some measurements and in the width of the white tail tips. (Murphy, 1996)