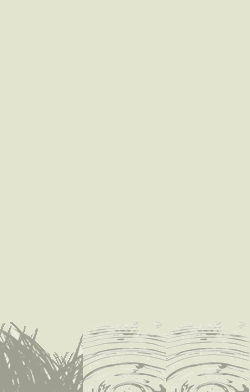 • Suncus etruscus has a MOVE of 2.

• Suncus etruscus feeds up to 25 times per day.

Cool, Warm
Graphic by Roger Cruzwww.rogercruzbr.blogspot.com
The Etruscan shrew (Suncus etruscus), also known as the Etruscan pygmy shrew or the white-toothed pygmy shrew is the smallest known mammal by mass, weighing only about 1.8 grams (0.063 oz) on average[3][4][5][6][7] (The bumblebee bat is regarded as the smallest mammal by skull size).[3][8] The Etruscan shrew has a body length of about 4 centimetres (1.6 in) excluding the tail. It […] read more
Sorry, there is no photo available. If you have one, please submit here.

The Etruscan shrew has a body length of about 4 centimetres (1.6 in) excluding the tail. It is characterized by very rapid movements and a fast metabolism, eating about 1.5–2 times its own body weight per day. It feeds on various small vertebrates and invertebrates, mostly insects, and can hunt individuals of the same size as itself. These shrews prefer warm and damp climates and are widely distributed in the belt between 10° and 30°N latitude stretching from Europe and North Africa up to Malaysia. They are relatively rare and are endangered in some countries.

The Etruscan shrew has a slender (not truncated) body, with a length between 3 and 5.2 cm (1.2 and 2.0 in) excluding the tail, which adds another 2.4 to 3.2 cm (0.94 to 1.3 in).[9] The body mass varies between 1.3 g (0.046 oz)[8] and 2.5 g (0.088 oz)[4][9] and is usually about 1.8 g (0.063 oz).[3] In comparison, the related Greater White-toothed Shrew can be twice as long and weighs four to five times more.[9] The head is relatively large, with a long, mobile proboscis, and the hind limbs are relatively small.[10] The ears are relatively large and protuberant.[9] The Etruscan shrew has a very fast heart beating rate, up to 1511 beats/min (25 beats/s) and a relatively large heart muscle mass, 1.2% of body weight.[3] The fur color on the back and sides is pale brown, but is light gray on the stomach. The fur becomes denser and thicker from fall through the winter.[9] The shrew usually has 30 teeth, but the 4th upper intermediate tooth is very small (rudimentary), and is absent in some individuals.[6] Near the mouth growth a dense array of short whiskers, which the shrew actively uses in searching for prey, especially in the night.[7] Dimorphism in body features between males and females is absent.[10]

Etruscan shrews live alone, except during mating periods. Their lifespan is estimated at typically around two years, but with a large uncertainty.[11][9] They protect their territories by making chirping noises and signs of aggressiveness.[12] They tend to groom themselves constantly when not eating, and are always moving when awake and not hiding. The hiding periods are short, and typically last less than half an hour. Clicking sounds are heard when these shrews are moving, which cease when they rest.[10] The shrews are more active during the night when they make long trips; during the day, they stay near the nest or in a hiding place.[6] They reach their maximum level of activity at dawn.[2]

The movements of the Etruscan shrew are rapid, with a rate of about 780 min−1 (13 s−1). In cold seasons and during shortages of food, the shrews lower their body temperatures down to about 12 °C (54 °F) and enter a state of temporary hibernation to reduce energy consumption. Recovery from this state is accompanied by shivering with the frequency of about 3500 min−1 (58 s−1).[3] This induces heating, with the rate up to 0.83 °C/min, which is among the highest values recorded in mammals; the heart rate increases exponentially with time from 100 to 800–1200 beats/min, and the respiratory rate rises linearly from 50 to 600–800 beats/min.[4]

Etruscan shrews mate primarily from March to October, though they can be pregnant at any time of the year. Pairs usually form in the spring and may tolerate each other and their young for some time at the nest. The gestation period is 27-28 days, and they have 2–6 cubs per litter.[2][9] Cubs are born naked and blind, weighing only 0.2 g (0.0071 oz). After their eyes open at 14 to 16 days old, they mature quickly. The mother usually moves the young when they are 9 to 10 days old and if disturbed leads them by caravanning them to a new location. The young Etruscan shrews are weaned at 20 days old. By three to four weeks of age, the young are independent and are soon sexually mature.[5][10][9]