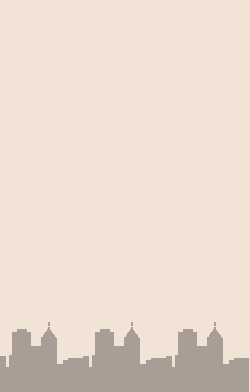 • Streptopelia decaocto has a FLIGHT of 2.

• Eurasian Collared Doves are almost always seen in pairs and, like many birds, remain loyal to their mates.

Cool, Warm
Graphic by Mark Sosbemarksosbe.deviantart.com/
Photo by Horia Varlanwww.flickr.com/people/horiavarlan/
The Eurasian Collared Dove (Streptopelia decaocto) most often simply called the Collared Dove,[2][3][4][5] also sometimes hyphenated as Eurasian Collared-dove[6] is a species of dove native to Asia and Europe, and also recently introduced in North America.     It is a medium sized dove, distinctly smaller than the Wood Pigeon, similar in length to a […] read more

It is a medium sized dove, distinctly smaller than the Wood Pigeon, similar in length to a Rock Pigeon but slimmer and longer-tailed, and slightly larger than the related Turtle Dove, 30–33 cm long from tip of beak to tip of tail, with a wingspan of 47–55 cm, and a weight of 125–240 g. It is grey-buff to pinkish-grey overall, a little darker above than below, with a blue-grey underwing patch. The tail feathers are grey-buff above, and dark grey tipped white below; the outer tail feathers also tipped whitish above. It has a black half-collar edged with white on its nape from which it gets its name. The short legs are red and the bill is black. The iris is red, but from a distance the eyes appear to be black, as the pupil is relatively large and only a narrow rim of reddish-brown iris can be seen around the black pupil. The eye is surrounded by a small area of bare skin, which is either white or yellow. The two sexes are virtually indistinguishable; juveniles differ in having a poorly developed collar, and a brown iris.[2][4][5]

The Collared Dove is not migratory, but is strongly dispersive. Over the last century, it has been one of the great colonisers of the bird world. Its original range at the end of the 19th century was warm temperate and subtropical Asia from Turkey east to southern China and south through India to Sri Lanka. However, in the 20th century it expanded across Europe, appearing in the Balkans between 1900–1920, and then spreading rapidly northwest, reaching Germany in 1945, Great Britain by 1953 (breeding for the first time in 1956), Ireland in 1959, and the Faroe Islands in the early 1970s. Subsequent spread was ‘sideways’ from this fast northwest spread, reaching northeast to north of the Arctic Circle in Norway and east to the Ural Mountains in Russia, and southwest to the Canary Islands and northern Africa from Morocco to Egypt, by the end of the 20th century. In the east of its range, it has also spread northeast to most of central and northern China, and locally (probably introduced) in Japan.[2][3][4][6] It has also reached Iceland as a vagrant (41 records up to 2006), but has not colonised successfully there.[7]

Collared Doves typically breed close to human habitation wherever food resources are abundant and there are trees for nesting; almost all nests are within a kilometre of inhabited buildings. The female lays two white eggs in a stick nest, which she incubates during the night and which the male incubates during the day. Incubation lasts between fourteen and eighteen days, with the young fledging after fifteen to nineteen days. Breeding occurs throughout the year when abundant food is available, though only rarely in winter in areas with cold winters such as northeastern Europe. Three to four broods per year is common, although up to six broods in a year has been recorded.[4]

The male’s mating display is a ritual flight, which, as many other pigeons, consists of a rapid, near-vertical climb to height followed by a long glide downward in a circle, with the wings held below the body in an inverted “V” shape. At all other times, flight is typically direct using fast and clipped wingbeats and without use of gliding.

The Collared Dove is not wary and often feeds very close to human habitation, including visiting bird tables; the largest populations are typically found around farms where spilt grain is frequent around grain stores or where livestock are fed. It is a gregarious species and sizable winter flocks will form where there are food supplies such as grain (its main food) as well as seeds, shoots and insects. Flocks most commonly number between ten and fifty, but flocks of up to ten thousand have been recorded.[4]

The song is a coo-COO-coo, repeated many times. It is phonetically similar to the Greek decaocto (“eighteen”), to which the bird owes its zoological name. It also makes a harsh loud screeching call lasting about two seconds, particularly in flight just before landing. A rough way to describe the screeching sound is hah-hah.

Collared Doves cooing in early spring are sometimes mistakenly reported as the calls of early-arriving Cuckoos and, as such, a mistaken sign of spring’s return.[4]

They are almost always seen in pairs and, like many birds, remain loyal to their mates.