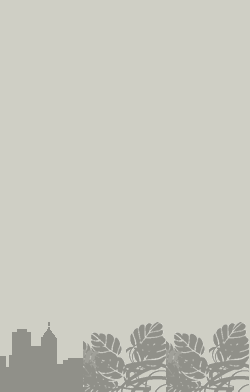 
• Carduelis carduelis has a FLIGHT of 2.

When these birds sing, it is often in chorus. Some male goldfinches even sing when they are in flight.

Cool, Warm
Graphic by Akela Takaakelataka.deviantart.com/
Photo by Fernando Zamoracommons.wikimedia.org/wiki/File:Carduelishembrabebiendo.jpg
The European Goldfinch or Goldfinch (Carduelis carduelis) is a small passerine bird in the finch family. The average Goldfinch is 12–13 cm long with a wingspan of 21–25 cm and a weight of 14 to 19 grams. The sexes are broadly similar, with a red face, black and white head, warm brown upperparts, white underparts with buff flanks and breast patches, and […] read more

The European Goldfinch or Goldfinch (Carduelis carduelis) is a small passerine bird in the finch family.

The average Goldfinch is 12–13 cm long with a wingspan of 21–25 cm and a weight of 14 to 19 grams. The sexes are broadly similar, with a red face, black and white head, warm brown upperparts, white underparts with buff flanks and breast patches, and black and yellow wings. On closer inspection male Goldfinches can often be distinguished by a larger, darker red mask that extends just behind the eye. In females, the red face does not reach the eye. The ivory-coloured bill is long and pointed, and the tail is forked. Goldfinches in breeding condition have a white bill, with a greyish or blackish mark at the tip for the rest of the year. Juveniles have a plain head and a greyer back but are unmistakable due to the yellow wing stripe. Birds in central Asia (caniceps group) have a plain grey head behind the red face, lacking the black and white head pattern of European and western Asian birds.[2][3]‘

The goldfinch’s preferred food is small seeds such as those from thistles (the Latin name is fromCarduus, a genus of thistles) and teasels, but insects are also taken when feeding young. It also regularly visits bird feeders in winter. They nest in the outer twigs of tall leafy trees, or even in bamboo, laying four to six eggs which hatch in 11–14 days.

In the winter goldfinches group together to form flocks of up to forty birds, occasionally more.

In earlier times, the Goldfinch was kept as a cagebird for its song. Escapes from captivity and deliberate releases have colonised southeastern Australia and New Zealand.

Goldfinches are attracted to back gardens in Europe and North America by birdfeeders containingniger (commercially described as nyjer) seed. This seed of an annual from South Asia is small, and high in oils. Special polycarbonate feeders with small oval slits at which the Goldfinches feed are sometimes used.

This finch is found throughout Britain, and is absent only in moorland and mountainous areas where their foodplants do not occur. They occur in the greatest numbers in the south. A large proportion of the goldfinch population migrates in September and October to spend the winter in mainland Europe (5). This species is found throughout much of western Eurasia (5).

Thanks to their long, pointed beaks, male goldfinches are the only birds that are able to extract seeds from teasel heads; they cling to the stem and tear into the seed head, accessing the seeds inside by probing with the bill (5). Females have shorter beaks and so they are unable to exploit teasel heads (5). In the autumn, when seed heads are common, goldfinches have a broad diet, feeding on groundsels, ragworts and dandelions as well as the favourite teasels and knapweeds (5). Outside of the breeding season, goldfinches roam in flocks in search of food during the day (2). At night they roost in evergreens or thick scrub. Flock size varies depending on the availability of food, but groups of 100 birds are quite common (5). During spring goldfinches often display whilst sitting on branches, singing, drooping the wings and swaying from side to side (6). Between four and six eggs are produced and these take up to 14 days to incubate. The young goldfinches will have fledged after 13-18 days (3).