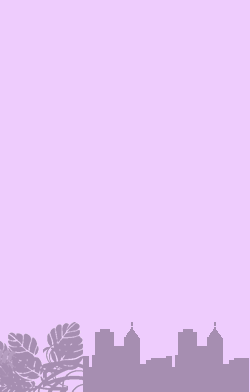 
• Sturnus Vulgaris has a FLIGHT of 2.
• S. Vulgaris is considered to be an INVASIVE species of Aves cards of identical scale and food chain rank.

• These birds are known to gather in huge flocks (sometimes as large as 1 million birds!).

Cold, Cool, Warm
Graphic by Tricia Arnoldbabbletrish.blogspot.com/
Photo by Mark Robinsonen.wikipedia.org/wiki/European_Starling
The European Starling, Common Starling or just Starling (Sturnus vulgaris) is a passerine bird in the family Sturnidae. This species of starling is native to most of temperate Europe and western Asia. It is resident in southern and western Europe and southwestern Asia, while northeastern populations migrate south and west in winter to these regions, […] read more

The European Starling, Common Starling or just Starling (Sturnus vulgaris) is a passerine bird in the family Sturnidae.

This species of starling is native to most of temperate Europe and western Asia. It is resident in southern and western Europe and southwestern Asia, while northeastern populations migrate south and west in winter to these regions, and also further south to areas where it does not breed in Iberia and north Africa. It has also been introduced to Australia, New Zealand, North America, and South Africa.

It is among the most familiar of birds in temperate regions. It is 19–22 cm long, with a wingspan of 37–42 cm and a weight of 60–90 g. The plumage is shiny black, glossed purple or green, and spangled with white, particularly strongly so in winter. Adult male European Starlings are less spotted below than adult females. The throat feathers are long and loose, and used as a signal in display. Juveniles are grey-brown, and by their first winter resemble adults though often retain some brown juvenile feathering especially on the head in the early part of the winter. The legs are stout, pinkish-red. The bill is narrow conical with a sharp tip; in summer, it is yellow in females, and yellow with a blue-grey base in males, while in winter, and in juveniles, it is black in both sexes. Moulting occurs once a year, in late summer after the breeding season is finished; the fresh feathers are prominently tipped white (breast feathers) or buff (wing and back feathers). The reduction in the spotting in the breeding season is achieved by the white feather tips largely wearing off. Starlings walk rather than hop. Their flight is quite strong and direct; they look triangular-winged and short-tailed in flight.[3][4]

Adult starling males and females mature to a length of about 21.5 centimeters (8.5 inches) and weigh between 2.5 and 3.5 ounces. Both males and females have similar iridescent green glossed feathers covering the back, nape, and breast. The black wings are occasionally seen with a veneer of green and purple. In winter when the tips of the feathers have eroded away, a white or cream colored “flecking” appears against a dusky black background, primarily on the breast. This accounts for the non-breeding plumage of the adult birds. The shape of these feathers is rounded at the base and jagged toward the tip. Both sexes also share similarities in leg color (reddish brown), iris color (dark brown), and in the seasonal changes in bill color (yellow during mating season, otherwise black). Sexual dimorphism is also plentiful. Males have elongated feathers over the breast, whereas females have short and petite plumes. Males sport a bluish spot at the base of their beaks, while the female displays a reddish pink speck. In juvenile birds, the fine gloss is not as noticeable as in the adults. Juvenile birds also tend to have more rounded tips at their wings. And unlike the adult yellow bill, juveniles display a brownish-black shade year-round. (Craig and Feare 1999; “European Starling Facts” 2000; Weber 1980).