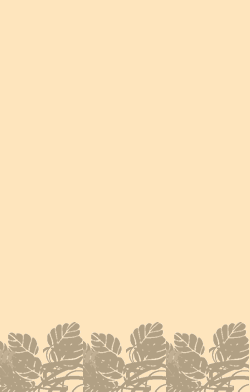 • Salamandra salamandra has a MOVE of 2.

Cool, Warm
Graphic by Klaudia Blicharskajigoku-no-son.deviantart.com/
Photo by Orchicommons.wikimedia.org/wiki/User:Orchi
The fire salamander (Salamandra salamandra) is probably the best-known salamander species in Europe. It is black with yellow spots or stripes to a varying degree; some specimens can be nearly completely black while on others the yellow is dominant. Shades of red and orange may sometimes appear, either replacing or mixing with the yellow according to subspecies. Fire […] read more

The fire salamander (Salamandra salamandra) is probably the best-known salamander species in Europe. It is black with yellow spots or stripes to a varying degree; some specimens can be nearly completely black while on others the yellow is dominant. Shades of red and orange may sometimes appear, either replacing or mixing with the yellow according to subspecies. Fire salamanders can have a very long lifespan. A salamander lived for more than 50 years in Museum Koenig, a German natural history museum.

Fire salamanders live in forests in the hilly parts of southern and central Europe. They prefer deciduous forests, as they like to hide in the fallen leaves, but also at mossy tree trunks. They need clean small brooks in their habitat for the development of the larvae. Whether on land or in water, fire salamanders are inconspicuous. They spend much of their time hidden beneath stones, wood or other objects. They are active in the evening and the night, but on rainy days they are active in daytime as well.

Fire salamanders’ diet consists of various insects, spiders, earthworms and slugs, but they also occasionally eat newts and young frogs. Small prey will be caught within the range of the vomerine teeth or by the posterior half of the tongue, which adheres the prey. The fire salamander can grow to be 15-25 cm long.[1]

Salamanders may actively defend themselves once they are grasped by a predator. Besides various antipredator postures, S. salamandraadults are able to exude heavy toxic skin secretions, e.g. the neurotoxic alkaloid Samandarin. This alkaloid causes strong muscle convulsions and hypertension combined with hyperventilation in all vertebrates. The poison glands of the Fire Salamander are concentrated in certain areas of the body, especially around the head and the dorsal skin surface. The colored portions of the animal’s skin usually coincide with these glands. Most of these secretions might be effective against bacterial and fungal infections of the epidermis, but some secretions could also be dangerous to human life.

Salamandra salamandra is a shy species and spends much time hidden in shady crevices, under logs, or other such spots that will provide protection and moisture. Its main periods of activity are on mild nights; it is inactive during seasons of temperature extremes, such as the winters in its European range and the summers of its Middle Eastern range.

The Fire Salamander typically will stay loyal to the same home range for many years. They will also continually revisit the same overwintering spots.

The main defense of Salamandra salamandra against predators is its toxicity, and its aposematic coloration warns predators. The large paratoid glands behind the eyes and rows of poison glands extending lengthwise down the animal’s body secrete neurotoxins. The Fire Salamander is capable of actively spraying these chemicals at predators to discourage attack, rather than relying on escaping once the predator realizes it makes an unpleasant meal. (Griffiths, 1996; Pough et al., 1998)