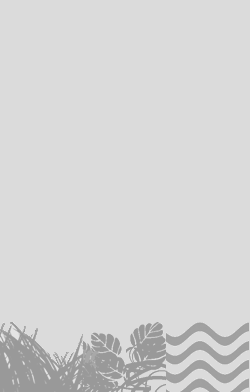 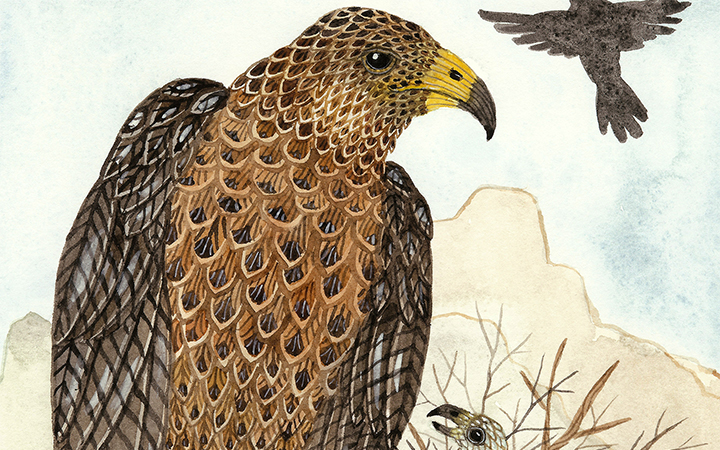 Play: This hawk has a FLIGHT of 2.
Fact: Darwin on the hawk: “A gun is here almost superfluous; for with the muzzle I pushed a hawk out of the branch of a tree…”

The Galapagos hawk (Buteo galapagoensis) is a large hawk endemic to the Galapagos Islands.

Similar in size to the red-tailed hawk (Buteo jamaicensis) and the Swainson’s hawk (Buteo swainsoni) of North America, but the size is variable across the islands as is recorded for many animals native to the Galapagos. The Galapagos hawk can range from 45 to 58 cm (18 to 23 in) in length from beak to tail with a wingspan of 116 to 140 cm (46 to 55 in).[2] The smallest hawk sizes recorded are on Marchena Island, where males average 844 g (1.861 lb) and females average 1,223 g (2.696 lb). Intermediate in size are the hawks ofSantiago Island, on which males weigh an average of 963 g (2.123 lb) while females average 1,295 g (2.855 lb). Largest known are the hawks onEspañola Island, which are amongst the largest Buteo known anywhere, with males averaging 1,137 g (2.507 lb) and females averaging 1,578 g (3.479 lb).[3] The adult hawk has various colouring within the species. The adult Galapagos hawk is generally a sooty brownish black colour; the crown being slightly blacker than the back. Its feathers of the mantle are partially edged with paler brown, grey, or buff, with their white bases showing to some extent. Their tail coverts are also barred with white.The tail itself is silvery grey above, with about ten narrow black bars; below it is quite pale. The wing feathers are paler on inner webs, barred with white.

Below it has indistinct rufous edges to the feathers of the flanks and lower abdomen. The under-tail coverts are barred with white. Under-wing coverts are black, contrasting with the pale bases of the wing quills. The eyes are brown, the beak greyish black, paler at its base which is known as the ‘cere’, legs and feet are yellow. The male hawk is smaller than the female hawk, as with many birds of prey.

The young hawks however, appear quite different from the adults in that they are well camouflaged with an overall brown appearance with varying amounts of striping below and paler mottling above. Their eyes are light grey-brown, and the beak black, blue-grey at its base. The cere is grey-green, the feet pale yellow-green. When the immature plumage becomes badly worn, the pale areas become almost white.

The Galapagos hawk has broad wings and a broad tail. It is an apex predator and possesses excellent vision. Their young appear different from adults because they are darker and have camouflage which aid them in remaining protected from potential predators until they are fully grown.