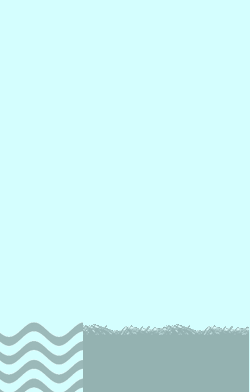 • Pygoscelis papua has a MOVE of 2.

Cold
Graphic by Hiroyuki Setogawadersheltie.deviantart.com/
Photo by Liam Quinnwww.flickr.com/photos/liamq/
The long-tailed Gentoo Penguin ( /ˈdʒɛntuː/ JEN-too), is a penguin species in the genus Pygoscelis papua, most closely associated with the Adelie Penguin (P. adeliae) and the Chinstrap penguins (P. antarctica). The first scientific description was made ​​in 1781 by Johann Reinhold Forster on the basis of Falkland Islands. They call in a variety of […] read more

/ˈdʒɛntuː/ JEN-too), is a penguin species in the genus Pygoscelis papua, most closely associated with the Adelie Penguin (P. adeliae) and the Chinstrap penguins (P. antarctica). The first scientific description was made ​​in 1781 by Johann Reinhold Forster on the basis of Falkland Islands. They call in a variety of ways, but the most frequently heard is a loud trumpeting which is emitted with its head thrown back.[1]

The gentoo penguin is easily recognized by the wide white stripe extending like a bonnet across the top of its head and its bright orange-red bill. They have pale whitish-pink webbed feet and a fairly long tail – the most prominent tail of all penguins. Chicks have grey backs with white fronts. As the Gentoo penguin waddles along on land, its tail sticks out behind, sweeping from side to side, hence the scientific name Pygoscelis, which means ‘rump-tailed’.[3]

The breeding colonies of gentoo penguins are located on ice-free surface. Colonies can be directly dependent on the shoreline but also considerably are located inland. They prefer shallow coastal areas and often nest between tufts of grass. In Georgia, for example, breeding colonies are two kilometers inland. Whereas in colonies farther inland, where the penguins nest between tufts of grass, they shift location slightly every year because the grass may get trampled over time.

Gentoos breed on many sub-Antarctic islands. The main colonies are on the Falkland Islands, South Georgia and Kerguelen Islands; smaller populations are found on Macquarie Island, Heard Islands, South Shetland Islands and the Antarctic Peninsula. The total breeding population is estimated to be over 300,000 pairs. Nests are usually made from a roughly circular pile of stones and can be quite large, 20 cm high and 25 cm in diameter. The stones are jealously guarded and their ownership can be the subject of noisy disputes between individual penguins. They are also prized by the females, even to the point that a male penguin can obtain the favors of a female by offering her a nice stone.

Two eggs are laid, both weighing around 500 g. The parents share incubation, changing duty daily. The eggs hatch after 34 to 36 days. The chicks remain in the nests for about 30 days before forming creches. The chicks molt into sub-adult plumage and go out to sea at about 80 to 100 days.

Gentoos live mainly on crustaceans such as krill, with fish making up only about 15% of the diet. However, they are opportunistic feeders, and around the Falklands are known to take roughly equal proportions of fish (Patagonotothen sp., Thysanopsetta naresi, Micromesistius australis), crustaceans (Munida gregaria) and squid (Loligo gahi, Gonatus antarcticus, Moroteuthis ingens).

In the water, sea lions, leopard seals, and orca are all predators of the Gentoo. On land there are no predators of full grown Gentoos. Skua can steal their eggs; however, some other seabirds have managed to snatch chicks.

The IUCN Red List lists the gentoo as “near threatened”, due to a rapid decline in some key populations which is believed to be driving a moderate overall decline in the species population. Examples include the population at Bird Island, South Georgia, where the population fell by two thirds in 25 years.

This charismatic marine bird is easily distinguished from other penguins by its bright orange-red bill and the conspicuous white patches above each eye (3). These white patches, which usually meet across the crown, contrast highly with the black head and throat, but there may also be a scattering of white feathers on the head. The white underparts are sharply separated from the penguin’s bluish-black back, which appears browner as the feathers become worn (3). The gentoo penguin has pale whitish-pink webbed feet and a fairly long tail – the most prominent tail of all penguins (2) (3) (4). As the gentoo penguin waddles along on land, its tail sticks out behind, sweeping from side to side, hence the scientific name Pygoscelis, which means ‘brush-tailed’ (4). The gentoo penguin calls in a variety of ways, but the most frequently heard is a loud trumpeting which is emitted with its head thrown back (5).

A gregarious bird, but less so than some other penguin species (2), the gentoo can form breeding colonies ranging from thirty to thousands of pairs (5). Arriving at suitable nesting ground between June and November (the exact date depending on the location) (2), each pair of penguins will set about the task of constructing a nest from stones, tussock grass and moss (2). The penguins tear up plants to use as nest material and fertilise the ground with their droppings, resulting in grass growing well the subsequent year, hence their favourable reputation with sheep farmers (5). Into these nests two white, spherical eggs are laid, which are incubated by both the male and female for 31 to 39 days (2). The penguin chicks fledge after 85 to 117 days, but continue to be fed by their parents for a further 5 to 50 days. Gentoo penguins, which reach sexual maturity at the age of two years (2), are not only faithful to certain nest sites, with most returning to the previous year’s nest, but they are also loyal to breeding partners, with many forming long-lasting pair bonds (3). Walking with a rather comedic, waddling gait on land, the gentoo penguin shows its true talents when in the water. With its stream-lined body and ‘flippers’ that provide effective propulsion through the water (6), the gentoo penguin dives deep into the ocean in pursuit of its prey, and is capable of reaching impressive depths of up to 170 metres (3). The exact diet of the gentoo penguin varies depending on location, but can include Atlantic krill, other crustaceans, fish, cephalopods and polychaetes (2).

Gentoo penguins typically are found along the shoreline. This allows the penguins to be able to quickly access food while remaining close to their nest. They prefer elevations close to 115 meters above sea level along the shore because the snow in these areas tends to melt first. The higher the altitude, the decreased likelihood of nest-flooding as the snow starts to melt during the summer. The terrain in these areas is also flat which helps to stabilize their nests. Gentoo penguins prefer north-facing locations for nesting, which is thought to be linked to absorbing solar radiation. The main feature of gentoo habitats is the prevalence of small pebbles, typically under 5 centimeters in diameter. These pebbles are the main building blocks in creating a sufficient nest to hold the eggs during breeding season.