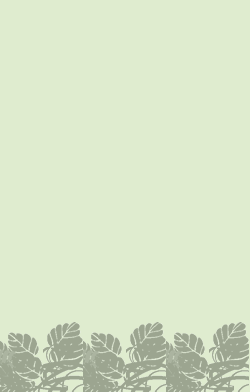 • Rhynchocyon chrysopygus has thickened skin beneath its golden rump to protect against predators.

Warm, Hot
Graphic by Teh-Aguaráteh-aguara.deviantart.com/
Photo by Joseph Smiten.wikipedia.org/wiki/Joseph_Smit
The Golden-rumped Elephant Shrew (Rhynchocyon chrysopygus) is the largest of the African elephant shrew family. It is the size of a small rabbit, and is only found in the coastal Arabuko Sokoke National Park north of Mombassa in Kenya. Its name is derived from the conspicuous golden fur on its hindquarters which contrasts strongly with […] read more

The Golden-rumped Elephant Shrew (Rhynchocyon chrysopygus) is the largest of the African elephant shrew family. It is the size of a small rabbit, and is only found in the coastal Arabuko Sokoke National Park north of Mombassa in Kenya. Its name is derived from the conspicuous golden fur on its hindquarters which contrasts strongly with its otherwise dark fur. On juveniles its fur shows vestigal traces of the checkerboard pattern seen on another giant elephant shrew, the Checkered Elephant Shrew (Rhynchocyon cirnei).

The Golden-rumped Elephant Shrew lives on the forest floor of evergreen forests, rooting through the leaf litter for 80% of the waking day looking for grasshoppers, beetles, spiders and other small invertebrates.

The Golden-rumped Elephant Shrew has evolved various stratagems to avoid predators, particularly snakes (like Black Mambas and cobras) and the Southern Banded Snake-eagle. It is very fast, capable of running at 25km/h. When it detects a predator within its ‘flight distance’ it will bound off. If, however, the predator is outside its flight distance the elephant shrew will advertise its presence by slapping the leaf litter. This lets the predator know that it has been seen and it should not waste its time chasing the elephant shrew. In the event of a chase, or an ambush, the golden flash of fur will also often deflect the predators attention away from the head and onto the rump, which has thickened skin. As a final precaution each shrew has several nests which it maintains, thus a predator finding a nest will not learn to associate them with potential food.


The Golden-rumped Elephant Shrew is classified as endangered because of its highly restricted and fragmented environment; it is also hunted for food and by feral dogs.

The Golden-rumped Elephant Shrew was identified as one of the top-10 “focal species” in 2007 by the Evolutionarily Distinct and Globally Endangered (EDGE) project.[2]

This large elephant-shrew, or sengi (5), gains its common name for the distinctive golden coloured fur on its rump. In common with other elephant-shrews the snout is long, pointed and flexible (3), and the tail is almost naked (2). The coat is coarse but glossy and a dark reddish-brown colour apart from the yellowish/golden rump and a white tip to the tail (2). There is a ‘dermal shield’ of thickened skin under the sengi’s rump patch that is 3 times thicker than the skin on the middle of the back (4). This shield is thicker in males than in females and is thought to act as protection against the biting attacks of other males (3). The taxonomic relationship of this group has always been difficult to assess but elephant-shrews are not closely related to shrews, as their name would appear to suggest; recent molecular evidence places sengis (order Macroscelidea) in an ancient group of African mammals that also includes elephants, hyraxes and golden moles, amongst others (4).

This species is endemic to Kenya and occurs in fragmented and small forest patches inland from Mombasa (on the north side of the Kombeni River near the Rabai Hills) north as far as the Boni Forest (Corbet and Hanks 1968; Rathbun 1979a,b), but probably absent from gallery and ground-water forests.

Golden-rumped elephant shrews, like all elephant shrews, have a long, flexible snout. They are distinguished from other elephant shrews by their golden rump patch and grizzled gold forehead. There is an area of thickened skin (a dermal shield) under the rump patch. This dermal shield is thicker in males than in females and is thought to provide protection from the biting attacks of hostile males. The feet, ears, and legs are black. The tail is black, execpt the distal 1/3 which is white with a black tip. The fur is fine, stiff and glossy; the ears are naked; the tail is sparsely furred. All elephant shrews are semi-digitigrade (i.e. they walk on their finger/toe-tips). Golden-rumped elephant shrews have sexually dimorphic canines (6.6mm in males; 4.6mm in females). It is thought that males use these canines in attacks on other males during territory defense. Measurements: Total Length: 526mm; Tail: 243mm; Hind Foot: 74mm; Ear: 34mm. Average mass: 540 g.