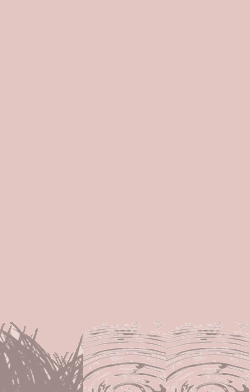 Cool, Warm
Graphic by Christine Bennettwww.etsy.com/shop/calzephyr
Photo by Mike Bairdflickr.bairdphotos.com/
The Great Blue Heron (Ardea herodias) is a large wading bird in the heron family Ardeidae, common near the shores of open water and in wetlands over most of North and Central America as well as the West Indies and the Galápagos Islands. It is a rare vagrant to Europe, with records from Spain, the […] read more

The Great Blue Heron (Ardea herodias) is a large wading bird in the heron family Ardeidae, common near the shores of open water and in wetlands over most of North and Central America as well as the West Indies and the Galápagos Islands. It is a rare vagrant to Europe, with records from Spain, the Azores and England.

It is the largest North American heron, with a head-to-tail length of 91–140 cm (36-55 in), a wingspan of 167-201 cm (66-79 in), and a weight of 2–3.6 kg (4.4-8 lbs). Notable features include slaty flight feathers, red-brown thighs, and a paired red-brown and black stripe up the flanks; the neck is rusty-gray, with black and white streaking down the front; the head is paler, with a nearly white face, and a pair of black plumes running from just above the eye to the back of the head. The feathers on the lower neck are long and plume-like; it also has plumes on the lower back at the start of the breeding season. The bill is dull yellowish, becoming orange briefly at the start of the breeding season, and the lower legs gray, also becoming orangey at the start of the breeding season. Immature birds are duller in color, with a dull blackish-gray crown, and the flank pattern only weakly defined; they have no plumes, and the bill is dull gray-yellow.[3][4][5]

The heron stride is around 22 cm (9 in), almost in a straight line. Two of the three front toes are generally closer together. In a track the front toes as well as the back often show the small talons.[6]

Foraging alone or in flocks, the great blue heron usually hunts by slowly wading or standing motionless in shallow water (2) (4). Although fish form the bulk of its diet, it will also take amphibians, invertebrates, reptiles, mammals and birds. When prey is sighted, it rapidly thrusts its neck forward to snatch the hapless quarry within its bill, and then typically swallows it whole (2) (3). As an alternative to walking or standing, it also occasionally exhibits a range of other foraging techniques that enable it to access deeper water where it is unable to wade. This includes hovering above the water, plunging beneath it, and simply swimming on the surface (4). Generally, the great blue heron nests in tall trees that are near to aquatic feeding areas, and are to some extent isolated from human disturbance (4). However, when trees are not available, it will also nest on the ground in areas free from predators, and in reeds, shrubs and mangroves (2). Although some nest singly, many breed in colonies, which vary in size depending on the amount of nearby foraging habitat (2) (4). Mates and nest sites change from year to year, with the consequence that mate selection is a critical part of the yearly cycle (4). Usually the male secures a display site first, such as an old nest, before engaging in an elaborate courtship display that includes an impressive repertoire of stretching, snapping, twig shaking, crest raising, and circling flight. After forming a pair and mating, the female lays between two to seven pale blue eggs, which are then incubated by both parent birds for around 28 days. The young are fed regurgitated food and fledge the nest after around 60 days (2) (4). The seasonal movements of the great blue heron is very much dependant on its location (3) (4). Herons from north-central North America migrate south over winter, whilst those closer to the either coast are more variable in their movements, with some remaining year round in the same location (2) (4).