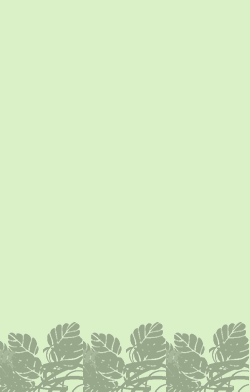 • Harpia harpyja has a FLIGHT of 2.

• The word ‘harpy’ comes from the ancient Greek word harpazein, which means “to snatch.”

Warm, Hot
Graphic by Brenda Lyonswww.falconmoon.com/
Photo by Arthur Chapmanwww.flickr.com/photos/arthur_chapman/
The Harpy Eagle (Harpia harpyja), sometimes known as the American Harpy Eagle, is a Neotropical species of eagle. This species was first described by Linnaeus in his Systema naturae in 1758 as Vultur harpyja,[2] after the mythological beast harpy. It is the only member of the genus Harpia. […] Its name refers to the harpies of Ancient Greek […] read more

The Harpy Eagle (Harpia harpyja), sometimes known as the American Harpy Eagle, is a Neotropical species of eagle. This species was first described by Linnaeus in his Systema naturae in 1758 as Vultur harpyja,[2] after the mythological beast harpy. It is the only member of the genus Harpia. […] Its name refers to the harpies of Ancient Greek mythology. These were wind spirits that took the dead to Hades, and were said to have a body like an eagle and the face of a human.

It is the largest and most powerful raptor found in the Americas, and among the largest extant species of eagles in the world. It usually inhabits tropical lowland rainforests in the upper (emergent) canopy layer. This species is an actively hunting carnivore and is an apex predator, meaning that adults are at the top of a food chain and have no natural predators. Its main prey are tree-dwelling mammals such assloths, monkeys, coatis, porcupines, kinkajous, anteaters and opossums.

The Harpy’s talons are extremely powerful and assist with suppressing prey. The Harpy Eagle can exert a pressure of 42 kgf/cm² (4.1 MPa or 530 lbf/in2 or 400 N/cm2) with its talons.[12]It can also lift more than three-quarters of its body weight. That allows the bird to snatch a live sloth from tree branches, as well as other huge prey items: There are accounts of Harpys capturing and flying off with howler monkeys and sloths weighing up to 6.5 to 7.7 kg (14 to 17 lb).[13][14]


The Harpy Eagle is threatened primarily by habitat loss provoked by the expansion of logging, cattle ranching, agriculture and prospecting; secondarily by being hunted as an actual threat to livestock and/or a supposed one to human life, due to its great size.[19] Globally, The Harpy Eagle is considered Near Threatened by IUCN and threatened with extinction by CITES (appendix I). The Harpy Eagle is considered critically endangered in Mexico and Central America, where it has been extirpated in most of its former range: in Mexico, it used to be found as far North as Veracruz, but today probably occurs only in Chiapas in the Selva Zoque. It’s considered as Near Threatened or Vulnerable in most of the South American portion of its range: at the Southern extreme of its range, in Argentina, it’s found only in the Parana Valley forests at the province of Misiones.[25][26]

Harpy eagles live in the canopies of tropical lowland rainforests. They prefer undisturbed forests but will also hunt along open patches of land. They generally are found in mid to upper levels of rain forest canopies where they are able to find preferred prey.

Harpy eagles depend on their 5 inch long talons and powerful legs to subdue prey items. They are well-adapted to snatching prey from the canopy and are powerful enough fliers to carry their prey away to a perch to feed. Harpy eagles’ main food sources are sloths and primates, but have also been known to prey upon lizards, birds, small rodents, and sometimes small deer.