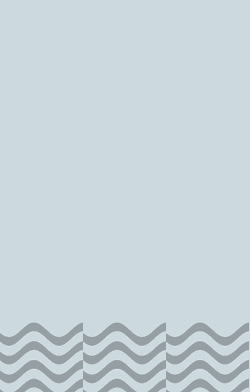 cold, cool, warm
Graphic by Jennifer Rae Kinyakwww.dailymammal.com/
The humpback whale (Megaptera novaeangliae) is a species of baleen whale. One of the larger rorqual species, adults range in length from 12–16 metres (39–52 ft) and weigh approximately 36,000 kilograms (79,000 lb). The humpback has a distinctive body shape, with unusually long pectoral fins and a knobbly head. It is an acrobatic animal, often breaching and slapping the water. […] read more
Sorry, there is no photo available. If you have one, please submit here.

The humpback whale (Megaptera novaeangliae) is a species of baleen whale. One of the larger rorqual species, adults range in length from 12–16 metres (39–52 ft) and weigh approximately 36,000 kilograms (79,000 lb). The humpback has a distinctive body shape, with unusually long pectoral fins and a knobbly head. It is an acrobatic animal, often breaching and slapping the water. Males produce a complex whale song, which lasts for 10 to 20 minutes and is repeated for hours at a time. The purpose of the song is not yet clear, although it appears to have a role in mating.

Found in oceans and seas around the world, humpback whales typically migrate up to 25,000 kilometres each year. Humpbacks feed only in summer, in polar waters, and migrate to tropical or sub-tropical waters to breed and give birth in the winter. During the winter, humpbacks fast and live off their fat reserves. The species’ diet consists mostly of krill and small fish. Humpbacks have a diverse repertoire of feeding methods, including the bubble net feeding technique.

Like other large whales, the humpback was and is a target for the whaling industry. Due to over-hunting, its population fell by an estimated 90% before a whaling moratorium was introduced in 1966. Stocks have since partially recovered; however, entanglement in fishing gear, collisions with ships, and noise pollution also remain concerns. There are at least 80,000 humpback whales worldwide. Once hunted to the brink of extinction, humpbacks are now sought by whale-watchers, particularly off parts of Australia, New Zealand, Canada, and the United States.

Humpbacks are baleen whales; they have large, sieve like plates of baleen (a similar material to human hair or nails) hanging down from the inside of their mouths which function to filter planktonic organisms from the water (2). Individuals can open their mouths widely, due to the throat grooves, and thus engulf large quantities of water (8). Humpbacks often lunge into a shoal of prey but have also been observed herding their prey into clusters or using a ‘bubble net’ to effectively trap greater numbers. During this process, a number of whales will circle underwater emitting a continuous stream of air which traps fish in the centre of the ring, the whales then surface up through their ‘net’ gorging on the contents within (2). During the summer months, humpbacks must feed intensely as they do not feed again during either the migration or the time spent in tropical breeding grounds (8). Males compete for females directly by escorting receptive mates and aggressively defending them, their famous ‘song’ is also thought to be a form of courtship (8). Solitary males sing highly complex songs that are similar within a population but evolve over successive seasons (8). Calves are born after a 10 to 12 month gestation period, they accompany their mother on the return migration to polar feeding grounds, and studies have shown that individuals return to the same feeding ground consistently year after year (8). Possibly one of the best-known aspects of humpback whale behaviour is their acrobatic aerial display; the most spectacular of which is breaching, when the body of the whale may completely leave the water, returning with an enormous splash (7).

(From ARKive via The Encyclopedia of Life, September 27 2010)