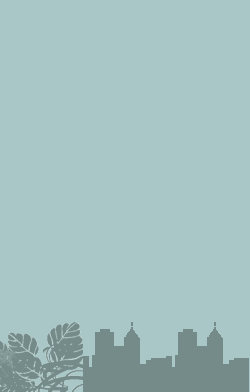 • Bombus terrestris has a MOVE of 2.

• Bombus terrestris can find its nest from as far as 13 kilometres away!

Cool, Warm
Graphic by Erin Englishbreakbot.deviantart.com/
Photo by Ferran Pestañawww.flickr.com/photos/ferranp/
Bombus terrestris, the buff-tailed bumblebee or large earth bumblebee is one of the most numerous bumblebee species in Europe. The queen is 2–2.7 cm long, while the workers are 1½–2 cm. The latter are characterized by their white-ended abdomens and look (apart from their yellowish bands being darker in direct comparison) just like those of the white-tailed bumblebee, B. lucorum, a close […] read more

Bombus terrestris, the buff-tailed bumblebee or large earth bumblebee is one of the most numerous bumblebee species in Europe. The queen is 2–2.7 cm long, while the workers are 1½–2 cm. The latter are characterized by their white-ended abdomens and look (apart from their yellowish bands being darker in direct comparison) just like those of the white-tailed bumblebee, B. lucorum, a close relative. The queens of B. terrestris have the namesake buff-white abdomen (“tail”) tip; this area is white like in the workers in B. lucorum.

Such bees can navigate their way back to the nest from a distance as far away as 13 kilometres (8.1 mi), although most forage within 5 km from their nest.[1]

The first bumblebees to be seen in spring are the queens – the queen is the only bumblebee to hibernate through the winter. The queen is much bigger than the workers, which appear later. As soon as the queen has found some nectar, to replenish her energy reserves, she starts looking for a suitable site to build her nest.

The nest site is usually underground; an abandoned mouse burrow is often used. Inside, the queen first builds a nectar pot, which will sustain her during bad weather. She also begins to build up a pollen larder, which will feed her brood.

The queen then lays a small batch of eggs. Once these hatch she tends the larvae, feeding them with nectar and pollen. When the larvae are grown they pupate, and about 2 weeks later the first worker bumblebees emerge. These workers will forage for nectar and pollen for the colony, and tend later generations of larvae. The queen can now concentrate on egg laying and does not need to leave the nest again. The workers are smaller than the queen, and will only live for a few weeks. The foraging range and frequency of workers depends on the quality and distribution of available forage but most workers forage within a few hundred metres of their nest.[2]

Towards the end of summer the queen lays some unfertilized eggs which develop into male bees. Some eggs are also laid which receive extra food and pupate to become new queens. When the males emerge from the nest they do not return, foraging only for themselves. They seek out the new queens and mate with them.

B. terrestris is thought to be a mainly singly mating species. This is unusual for social insect queens where mating with several males (polyandry) has been shown to have several benefits. The lack of multiple mating by B. terrestris queens may be caused by male interference in the process. B. terrestris males plug the female’s sexual tract with a sticky secretion during mating which appears to temporarily reduce the female’s ability to successfully mate with other males for several days.[3]

When the autumn cold weather sets in, all but the young queens will die. The latter seek out a safe place to hibernate, they are the only ones to survive the winter.

In 2008 the Australian Government banned the live import of large earth bumblebees into Australia on the grounds that it would present a significant risk of becoming a feral species and thereby present a threat to native fauna and flora.[4] In 2004, this bumblebee was classified as a Key Threatening Process by the Scientific Committee of the New South Wales Department of Environment.[5]

The bee is classified as a “invasive alien species” in Japan.