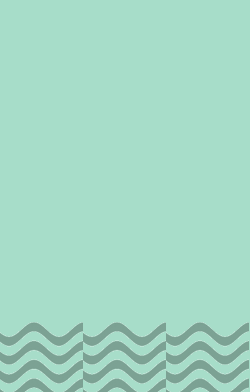 • Phycodurus eques has a MOVE of 1.

• Phycodurus eques sucks up its prey through its long, pipe-like snout.

Warm
Graphic by Teh-Aguaráteh-aguara.deviantart.com/
Photo by Ben Etheringtonwww.flickr.com/photos/benetherington/
The leafy seadragon or Glauert’s seadragon,[1] Phycodurus eques, is a marine fish in the family Syngnathidae, which also includes the seahorses. It is the only member of the genus Phycodurus. It is found along the southern and western coasts of Australia. The name is derived from the appearance, with long leaf-like protrusions coming from all […] read more

The leafy seadragon or Glauert’s seadragon,[1] Phycodurus eques, is a marine fish in the family Syngnathidae, which also includes the seahorses. It is the only member of the genus Phycodurus. It is found along the southern and western coasts of Australia. The name is derived from the appearance, with long leaf-like protrusions coming from all over the body. These protrusions are not used for propulsion; they serve only as camouflage. The leafy seadragon propels itself by means of a pectoral fin on the ridge of its neck and a dorsal fin on its back closer to the tail end. These small fins are almost completely transparent and difficult to see as they undulate minutely to move the creature sedately through the water, completing the illusion of floating seaweed.

Popularly known as “leafies”,[2][3] they are the marine emblem of the state of South Australia and a focus for local marine conservation.

Much like the seahorse, the leafy seadragon’s name is derived from its resemblance to another creature (in this case, the mythical dragon). While not large, they are slightly larger than most seahorses, growing to about 20–24 cm (8–10 in). They feed on plankton and small crustaceans.

The lobes of skin that grow on the leafy seadragon provide camouflage, giving it the appearance of seaweed. It is able to maintain the illusion when swimming, appearing to move through the water like a piece of floating seaweed. It can also change colour to blend in, but this ability depends on the seadragon’s diet, age, location, and stress level.

The creature feeds by sucking up small crustaceans, such as amphipods and mysid shrimp, plankton and larval fish through its long, pipe-like snout.[2]

The leafy seadragon is related to the pipefish and belongs to the family Syngnathidae, along with the seahorse. It differs from the seahorse in appearance, form of locomotion, and its inability to coil or grasp things with its tail. A related species is the weedy seadragon, which is multi-coloured and grows weed-like fins but is smaller than the leafy seadragon. Current research at the Scripps Institution of Oceanography is investigating the evolutionary relationships of the Syngnathidae[4] and the DNA variation of the two seadragon species across their ranges.[5]

The leafy seadragon uses the fins along the side of its head to allow it to steer and turn. However, its outer skin is fairly rigid, limiting mobility.

Individual leafy seadragons have been observed remaining in one location for extended periods of time (up to 68 hours) but will sometimes move for lengthy periods. Tracking of one individual indicated it moved at up to 150 metres (490 feet) per hour.[7]

Leafy seadragons are subject to many threats, both natural and man-made. They are caught by collectors, and used in alternative medicine. They are vulnerable when first born, and are slow swimmers, reducing their chance of escape from a predator. Seadragons are often washed ashore after storms, as unlike their relative the seahorse, seadragons cannot curl their tail and hold onto seagrass to stay safe.[8]

They have become endangered through pollution and industrial runoff as well as collection by fascinated divers who are entranced by their unique appearance. In response to these dangers they have been officially protected by the Federal Government of Australia.

The leafy seadragon is found only in southern Australian waters, from Kangaroo Island at the eastern end of its range, westward to Jurien Bay[9], 220 km (140 mi) north of Perth. It was once thought that individuals had very restricted ranges; however, further research has discovered that seadragons will actually travel several hundred metres from their habitual locations, returning to the same spot using a strong sense of direction. They are mostly found over sand patches in waters up to 50 metres (164 feet) deep, around kelp-covered rocks and clumps of sea grass.[2] They are commonly sighted by scuba divers near Adelaide, especially at Rapid Bay and Edithburgh.[10]

A biennial Leafy Sea Dragon Festival is held by the District Council of Yankalilla, South Australia. It is a festival of the environment, arts and culture of the southern Fleurieu Peninsula, with the theme of celebrating the leafy seadragon. The inaugural festival in 2005 attracted over 7,000 participants and visitors.[20]

Seadragons are seen either solitarily or in pairs, they are slow-moving and rely on their elegant camouflage to provide protection from predators (2). In common with seahorses, it is the male seadragon that carries the developing eggs. The breeding season runs from October to March (5), and males develop a ‘brood patch’ on the underside of the tail that consists of cups of blood-rich tissue, which each hold an egg (4). The female transfers around 120 eggs into these pits; the eggs are then fertilised and carried by the male for about a month (2). Hatchlings emerge over several days and are initially only around 20 mm in length. They are extremely vulnerable to predation but grow quickly, attaining adult size by the time they are 2 years old (2). Seadragons feed on small organisms such as plankton and mysids by sucking them into their tube-like snout (2).

Leafy seadragons are exquisitely camouflaged fish. Belonging to the same family as seahorses and pipefish (Syngnathidae), they resemble these with their elongated snout and bony-plated body (2). Leafy seadragons are yellowish-brown to green in colour, although they may vary depending on their age, diet or location (2). The pectoral fins are located on the neck, and a dorsal fin runs along the seadragon’s back (3). As their common name suggests, there are a number of leaf-like appendages along the body, which help to make these fish resemble the seaweed of their habitat. The eyes are located above the elongated snout and there are a number of defensive spines along the sides of the body (2).

Phyllopteryx eques can grow to be 50 cm but averages 30 cm in length (Dragon Search 2000; Groves 1998; Zahl 1978). Typical of Syngnathidae, Phyllopteryx eques exhibits a series of hard, exoskeletal rings around its entire body and a toothless tube-like snout (Groves 1998). Broad, flat appendages resembling seaweed branch from the plates surrounding the body (Groves 1998). Amidst these appendages on the sides of the body are several sharp spines that aid in defense against predators (Dragon Search 2000). The frond-like appendages and thin body vary on adults from green to yellow-brown to light brown; some have thin white lines radiating from the eye and extending over the body (Dragon Search 2000; Wheeler 1975). Color variation occurs and depends on age, location, diet, and environmental stressors (Dragon Search 2000).

Phyllopteryx eques moves very slowly through the water and mimics seaweed, which makes it a master at camouflage. Those predators not fooled by its blending capabilities are often surprised by its bony exterior and long, sharp spines (Zahl 1978). The species tends to swim alone or in pairs (Groves 1998).

Unlike most fish species, in Phyllopteryx eques the male incubates the eggs. The female develops between 200 and 300 eggs. Concurrently, the male forms many capillaries on the tail, which then proceeds to swell, wrinkle, and form about 120 eggcups (Dragon Search 2000). The eggs are then transferred from the female onto the male’s tail and fertilized, although little is known exactly how this occurs successfully (Groves 1998). Four weeks is the average incubation period, and hatching occurs over several days to maximize survival rates (Dragon Search 2000; Zahl 1978). For the first few days, a yolk sac provides nutrients. Soon after birth, the newborns are able to swim and hunt successfully. Phyllopteryx eques is approximately 20 mm at birth and grows to 20 cm within one year (Groves 1998). Between one and two years, the fish reaches maturity and can live for seven years in captivity (Groves 1998; Dragon Search 2000). Much of the reproduction, such as yearly breeding frequency, is yet unknown (Groves 1998).