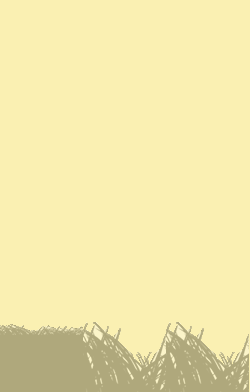 • Suricata suricatta has a MOVE of 2.

Warm, Hot
Graphic by Adam Smithrupted.deviantart.com/
The meerkat or suricate Suricata suricatta, a small mammal, is a member of the read more
Sorry, there is no photo available. If you have one, please submit here.

The meerkat or suricate Suricata suricatta, a small mammal, is a member of the

oose”>mongoose family. Meerkats live in all parts of the Kalahari Desert in Botswana and in South Africa. A group of meerkats is called a “mob”, “gang” or “clan”. A meerkat clan often contains about 20 meerkats, but some superfamilies have 50 or more members. Meerkats have an average life span of 12-14 years.

The meerkat is a small diurnal herpestid (mongoose) weighing on average about 731 grams (1.61 pounds) for males and 720 grams (1.58 pounds) for females. Its long slender body and limbs give it a body length of 25 to 35 cm (10 to 14 inches) and an added tail length of 17 to 25 cm (7 to 10 inches). Its tail is not bushy like all other mongoose species, but is rather long and thin and tapers to a black or reddish colored pointed tip. The meerkat uses its tail to balance when standing upright. Its face tapers, coming to a point at the nose, which is brown. The eyes always have black patches around them, which help deflect the sun’s glare. The meerkat has small black crescent-shaped ears that can close when digging to keep sand out. Like cats, meerkats have binocular vision, a large peripheral range, depth perception, and eyes on the front of their faces.

At the end of each of a meerkat’s “fingers” is a non-retractable, strong, 2 cm (0.8 in) long, curved claw used for digging burrows and digging for prey. Claws are also used with muscular hindlegs to help climb the occasional tree. They have four toes on each foot and long slender limbs. The coat is usually fawn-colored peppered with gray, tan, or brown with a silver tint. They have short parallel stripes across their backs, extending from the base of the tail to the shoulders. The patterns of stripes are unique to each meerkat. The underside of the meerkat has no markings but the belly has a patch which is only sparsely covered with hair and shows the black skin underneath. The meerkat uses this area to absorb heat while standing on its rear legs, usually early in the morning after cold desert nights.

Suricata suricatta is a small herpestid with males averaging 731 grams and females 720 grams. The body and legs of these animals are long and slender, with head and body length between 250 and 350 mm. The tail is thin and tapering to a point, and adds 175-250 mm to the total length of the animal. It is not bushy like many mongoose species.

The face is also tapered, coming to a point at the nose and rounded at the forehead. The ears are small and crescent-shaped. The color of the coat varies geographically. In the southern portion of their range, pelage color is darker, with lighter pelage coloration in the more arid regions, following Gloger’s rule. Generally, the color of the coat is peppered gray, tan, or brown with a silver tint. The nose is brown. The ventral parts of the body are only sparsely covered with hair. The fore claws are enlarged for digging and the tail is yellowish tan in color with a distinctive black tip. In addition, there are distinctive dark patches around the eyes. Dark horizontal bands run across the dorsal parts of the body except the head and tail.

The skull exhibits large eye sockets, no sagittal crest, thin zygomatic arch, and a coronoid process of medium height. The dental formula is 3/3 1/1 3/3 2/2 = 36. The incisors curve slightly and the cheek teeth have high, pointed cusps