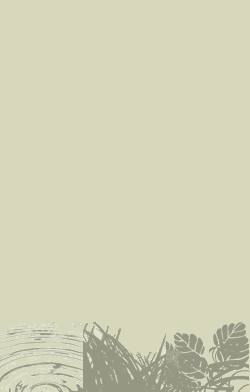 
• Castor canadensis has a MOVE of 2.

• Castor canadensis is a national symbol for Canada.

cold, cool, warm
Graphic by Adam Smithrupted.deviantart.com/
The North American Beaver (Castor canadensis) is the only species of beaver in the Americas, native to North America and introduced to South America. In the United States and Canada, where no other species of beaver occurs, it is usually simply referred to as beaver. Its other vernacular names, including American beaver[6] and Canadian beaver,[7] […] read more
Sorry, there is no photo available. If you have one, please submit here.

The North American Beaver (Castor canadensis) is the only species of beaver in the Americas, native to North America and introduced to South America. In the United States and Canada, where no other species of beaver occurs, it is usually simply referred to as beaver. Its other vernacular names, including American beaver[6] and Canadian beaver,[7] distinguish this species from the one other extant beaver, Castor fiber, native to Eurasia. (“Canadian beaver” also refers to the subspecies Castor canadensis canadensis.)

This beaver is the largest rodent in North America and the third largest rodent in the world, after the South American capybara and the Eurasian beaver. Adults usually weigh 15 to 35 kg (33–77 lbs), with 20 kg (44 lbs) a typical mass, and measure around 1 m (3.3 ft) in total body length. Very old individuals can weigh as much as 45 kg (100 lbs).[8]

Like the capybara, the beaver is semi-aquatic. The beaver has many traits suited to this lifestyle. It has a large flat paddle-shaped tail and large, webbed hind feet reminiscent of a human diver’s swimfins. The unwebbed front paws are smaller, with claws. The eyes are covered by a nictitating membrane which allows the beaver to see underwater. The nostrils and ears are sealed while submerged. A thick layer of fat under its skin insulates the beaver from its cold water environment.

The beaver’s fur consists of long, coarse outer hairs and short, fine inner hairs (see Double coat). The fur has a range of colors but usually is dark brown. Scent glands near the genitals secrete an oily substance known as castoreum, which the beaver uses to waterproof its fur.

Before their near extirpation by trapping in North America, beaver were practically ubiquitous and lived from the arctic tundra to the deserts of northern Mexico.[9] Explorer David Thompson, after crossing much of North America in 1784, stated that “this Continent…from the Atlantic to the Pacific Ocean, may be said to have been in the possession of two distinct races of Beings, Man and the Beaver.”[10]

The largest North American rodent and the only one with a broad, flat, scaly tail, the Beaver is now common and widespread, even in areas it did not inhabit during pre-colonial times. The modifications it makes to the environment by felling trees and building dams result in changes to plant, animal, and microbial communities that are sometimes desirable and sometimes not. The Beaver itself is not easily seen, being nocturnal and secretive, but it can be spotted in ponds, lakes, or large streams at twilight by a quiet observer. Its pelage is brown, with gray underfur, and is prized by trappers. The webbing on its hind feet help it to swim; claws on the digits of its forefeet give it dexterity in handling food; comblike claws on its hind feet help it in careful grooming; and it can close its mouth behind its front teeth, so that it can carry woody material without taking in water. Beavers cache and consume the inner bark of both deciduous and evergreen shrubs and trees, as well as terrestrial and aquatic plants. Their young, called kits, leave the colony at the age of six months.

Adaptation: The shape of the Beaver skull, and the rough texture of its bone, is evidence of a powerful set of chewing muscles. The groove-like depression at the back of the snout and the round one near the jaw joint are areas where large muscles attach. The ridge of bone that marks the curvature below the back angle of the mandible is another muscle attachment site.