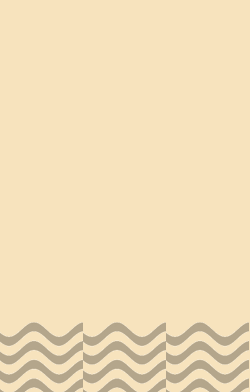 
• Chrysaora fuscescens has a MOVE of 2.

Chrysaora fuscescens stings its prey with its tentacles to first immobilize them before attacking.

Cool, Warm
Graphic by Coral Cargillbluecnidaria.deviantart.com/
Photo by Ed Biermanen.wikipedia.org/wiki/File:Sea_nettle_%28Chrysaora_fuscescens%29_2.jpg
Chrysaora fuscescens is a common free-floating scyphozoa that lives in the Pacific Ocean, and is commonly known as the Pacific Sea Nettle or West Coast Sea Nettle. Sea nettles have a distinctive golden-brown bell with a reddish tint. The bell can grow to be larger than one meter (three feet) in diameter in the wild, though most […] read more

Chrysaora fuscescens is a common free-floating scyphozoa that lives in the Pacific Ocean, and is commonly known as the Pacific Sea Nettle or West Coast Sea Nettle.

Sea nettles have a distinctive golden-brown bell with a reddish tint. The bell can grow to be larger than one meter (three feet) in diameter in the wild, though most are less than 50 cm across. The long, spiraling, white oral arms and the 24 undulating maroon tentacles may trail behind as far as 3.6 to 4.6m (12 to 15 feet). For humans, its sting is often irritating, but rarely dangerous.

Chrysaora fuscescens has proven to be very popular for display at public aquariums due to their bright colors and relatively easy maintenance. It is possible to establish polyps and culture Chrysaora in captivity. When provided appropriate aquarium conditions, the medusae do well under captive conditions.[1]

Chrysaora fuscescens is commonly found along the coasts of California and Oregon, though some reside in the waters north to the Gulf of Alaska, west to the seas around Japan and south to the Baja Peninsula. The populations reach their peak during the late summer. In recent years, C. fuscescens has become overly abundant off the coast of Oregon, which is thought to be an indicator of climate change. However, others suspect that the population is increasing because of human influences to coastal regions, but little to no historical population data from which to compare current abundances exist.[1][2]

In common with other cnidaria, Chrysaora fuscescens are carnivorous animals. They catch their prey by means of cnidocyst (or nematocyst) -laden tentacles that hang down in the water. The toxins in their nematocysts are effective against both their prey and humans, though it is typically nonlethal to the latter. Because C. fuscescens cannot chase after their prey, they must eat as they drift. By spreading out their tentacles like a large net, the sea nettle is able to catch food as it passes by. When prey brushes up against the tentacles, thousands of nematocysts are released, launching barbed stingers which release a paralyzing toxin into the quarry. The oral arms begin digestion as they transport the prey into the sea nettle’s mouth.[3]

C. fuscescens feeds on a wide variety of zooplankton, crustaceans, salps, pelagic snails, small fish as well as their eggs and larvae, and other jellyfish. Due to their growing numbers, they seem to be reducing fish populations and have become nuisances to the fisherman of Oregon by clogging up fishing nets. Their dense swarms have also become problematic for scientific trawls and water intake.

Despite having a potent sting, Chrysaora fuscescens is prey to many marine birds and large fish.[1]

The Pacific Sea Nettle (C. fuscescens) is a large jellyfish with a bell of up to about 30 cm. in diameter. It has four long, spiraling tentacles surrounding its mouth that are known as “oral arms”. Around the perimeter of the bell are 24 marginal tentacles, organized in eight groups of three, which may trail several meters behind the bell. The exumbrella (upper, convex surface of the bell) is amber-colored and darkest near the margin (Carlton 2007).

A variety of hyperiid amphipod crustaceans may be closely associated (especially early in their development) with various types of gelatinous zooplankton, including medusae, ctenophores, siphonophores, and salps. The degree to which each hyperiid species is host-specific (i.e., restricted to just one or a few particular host species) remains unclear.  Similarly, the question of the degree to which these associations are obligate (i.e., required for the hyperiid to complete its life cycle) remains controversial. The question of how much the hyperiids harm their hosts also remains controversial and presumably varies depending on the species involved (Gasca and Haddock 2004 and references therein). Hyperia medusarum and Lestrigonus shoemakeri are two parasites that may heavily infest the Pacific Sea Nettle in both the wild and in captivity (Crossley et al. 2009).

Larvae of Cancer gracilis crabs may be found hitchiking rides on Pacific Sea Nettles (Wrobel and Mills 1998 cited in Widmer 2008).

Suchman et al. (2008) analyzed the diet of the Pacific Sea Nettle off northern California and found that the eggs of euphausiid crustaceans (krill) were consumed at a disproportionately high rate relative to their abundance in the plankton. When euphausiid eggs were absent, gelatinous zooplankton were the preferred food. Only where both krill eggs and gelatinous zooplankton were scarce did the widely abundant calanoid copepods become the primary prey of the Pacific Sea Nettle. These differences in prey “preferences” may largely  be a function of the relative difficulty of catching different prey (e.g., eggs that can’t escape versus fast-moving copepods).

Sea nettles can swim against a current with the oral arms and tentacles extended. They move by means of jet propulsion: squeezing the bell, the sea nettle pushes water behind it, enabling it to move through the water column. Most of the time, however,  they float largely passively.