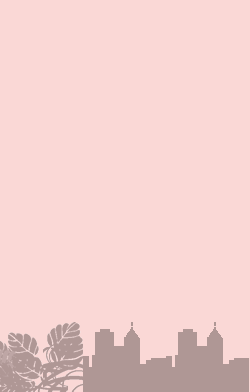 Play: Sciurus vulgaris has a MOVE of 2.

Fact: Sciurus vulgaris do not hibernate but instead, hide food to see them through scarce periods.

Warm
Graphic by Sonya Hallettbonzaialsatian.deviantart.com/
Photo by Ray eyeen.wikipedia.org/wiki/Red_Squirrel
The red squirrel or Eurasian red squirrel (Sciurus vulgaris) is a species of tree squirrel in the genus Sciurus common throughout Eurasia. The red squirrel is anarboreal, omnivorous rodent. In Great Britain and Ireland, numbers have decreased drastically in recent years, in part because of the introduction of the eastern grey squirrel (Sciurus carolinensis) from North America.[3] The red squirrel has a typical head-and-body length of […] read more

In Great Britain and Ireland, numbers have decreased drastically in recent years, in part because of the introduction of the eastern grey squirrel (Sciurus carolinensis) from North America.[3]

The coat of the red squirrel varies in colour with time of year and location. There are several different coat colour morphs ranging from black to red. Red coats are most common inGreat Britain; in other parts of Europe and Asia different coat colours co-exist within populations, much like hair colour in some human populations. The underside of the squirrel is always white-cream in colour. The red squirrel sheds its coat twice a year, switching from a thinner summer coat to a thicker, darker winter coat with noticeably larger ear-tufts (a prominent distinguishing feature of this species) between August and November. A lighter, redder overall coat colour, along with the larger ear-tufts (in adults) and much smaller size, distinguish the Eurasian red squirrel from the American eastern grey squirrel.

The red squirrel, like most tree squirrels, has sharp, curved claws to enable it to climb and descend broad tree trunks, thin branches and even house walls. Its strong hind legs enable it to leap gaps between trees.The red squirrel also has the ability to swim.

The red squirrel is found in both coniferous forest andtemperate broadleaf woodlands. The squirrel makes adrey (nest) out of twigs in a branch-fork, forming a domed structure about 25 to 30 cm in diameter. This is lined with moss, leaves, grass and bark. Tree hollows and woodpecker holes are also used. The red squirrel is a solitary animal and is shy and reluctant to share food with others. However, outside the breeding season and particularly in winter, several red squirrels may share a drey to keep warm. Social organization is based on dominance hierarchies within and between sexes; although males are not necessarily dominant to females, the dominant animals tend to be larger and older than subordinate animals, and dominant males tend to have larger home ranges than subordinate males or females.[5]

The red squirrel eats mostly the seeds of trees, neatly stripping conifer cones to get at the seeds within.[citation needed] Fungi, nuts (especially hazelnuts but also beech and chestnuts), berries, young shoots, and bird eggs are occasionally eaten.[6] Often the bark of trees is removed to allow access to sap.[citation needed] Between 60% and 80% of its active period may be spent foraging and feeding.[7] Excess food is put into caches, either buried or in nooks or holes in trees, and eaten when food is scarce. Although the red squirrel remembers where it created caches at a better-than-chance level, its spatial memory is substantially less accurate and durable than that of grey squirrel;[8] it therefore will often have to search for them when in need, and many caches are never found again. No territories are maintained, and the feeding areas of individuals overlap considerably.

The active period for the red squirrel is in the morning and in the late afternoon and evening. It often rests in its nest in the middle of the day, avoiding the heat and the high visibility to birds of prey that are dangers during these hours. During the winter, this mid-day rest is often much more brief, or absent entirely, although harsh weather may cause the animal to stay in its nest for days at a time.

Arboreal predators include small mammals such as the pine marten, wild cats, and the stoat, which preys on nestlings; birds, including owls and raptors such as the goshawk and buzzards, may also take the red squirrel. The red fox, cats and dogs can prey upon the red squirrel when it is on the ground. Humans influence the population size and mortality of the red squirrel by destroying or altering habitats, by causing road casualties, and by controlling populations of grey squirrels.