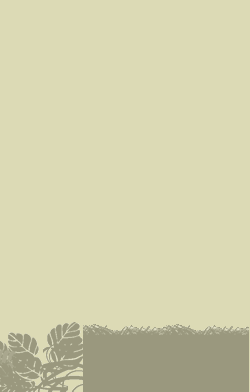 
• Rangifer tarandus has a MOVE of 2.
Santa Claus’ sleigh is pulled by flying reindeer.

Cold, Cool
Graphic by Katie Thierolfwolfyu.deviantart.com/
The reindeer (Rangifer tarandus), also known as the caribou in North America, is a deer from the Arctic and Subarctic, including both resident and migratory populations. While overall widespread and numerous,[1] some of its subspecies are rare and one (or two, depending on taxonomy) has already gone extinct.[2][3] Reindeer vary considerably in color and size,[4] […] read more
Sorry, there is no photo available. If you have one, please submit here.

The reindeer (Rangifer tarandus), also known as the caribou in North America, is a deer from the Arctic and Subarctic, including both resident and migratory populations. While overall widespread and numerous,[1] some of its subspecies are rare and one (or two, depending on taxonomy) has already gone extinct.[2][3]

Reindeer vary considerably in color and size,[4] and both genders grow antlers, though these are larger in the males and there are a few populations where females lack them completely.[5]

Hunting of wild reindeer and herding of semi-domesticated reindeer (for meat, hides, antlers, milk and transportation) are important to several Arctic and Subarctic people.[6] Even far outside its range, the reindeer is well known due to the myth, probably originating in early 19th century America, in which Santa Claus‘s sleigh is pulled by flying reindeer, a popular secular element of Christmas.[7] In Lapland, reindeer pull pulks.[8]

The reindeer is a widespread and numerous species in the northern Holarctic, being present in both tundra and taiga (boreal forest).[9] Originally, the reindeer was found in Scandinavia, eastern Europe, Russia, Mongolia, and northern China north of the 50th latitude. In North America, it was found in Canada, Alaska (USA), and the northern conterminous USA from Washington to Maine. In the 19th century, it was apparently still present in southern Idaho.[1] It also occurred naturally on Sakhalin, Greenland, and probably even in historical times in Ireland. During the late Pleistocene era, reindeer were found as far south as Nevada and Tennessee in North America and Spain in Europe.[9][10] Today, wild reindeer have disappeared from many areas within this large historical range, especially from the southern parts, where it vanished almost everywhere. Large populations of wild reindeer are still found in Norway, the Markku region of Finland, Siberia, Greenland, Alaska, and Canada.

Domesticated reindeer are mostly found in northern Fennoscandia and Russia, with a herd of approximately 150-170 reindeer living around the Cairngorms region in Scotland. The last remaining wild tundra reindeer in Europe are found in portions of southern Norway.[11]

A few reindeer from Norway were introduced to the South Atlantic island of South Georgia in the beginning of the 20th century. Today, there are two distinct herds still thriving there, permanently separated by glaciers. Their total numbers are no more than a few thousand. The flag and the coat of arms of the territory contain an image of a reindeer. Around 4000 reindeer have been introduced into the French sub-Antarctic archipelago of Kerguelen Islands. East Iceland has a small herd of about 2500–3000 animals.[12]

Caribou and reindeer numbers have fluctuated historically, but many herds are in decline across their range.[13] This global decline is linked to climate change for northern, migratory caribou and reindeer herds and industrial disturbance of caribou habitat for sedentary, non-migratory herds.[14]

Caribou, or Reindeer, is the only deer species in which both males and females have candelabra-like antlers. They live in large, migratory herds along the tree line of northern forests, eating mostly grass-like plants and shrubs in summer, and lichen, which carpets the snow-covered forests, in the winter. Getting at winter feed by digging through the snow can lead to intense competition, which may explain why females also carry antlers. During the breeding season, males compete with one another for access to females, using their antlers in jousting matches. They become completely devoted to the rituals of mating, failing even to eat, and losing their built up energy reserves in the process. Females give birth at traditional calving grounds on the open tundra during the spring, after a gestation of seven months. Then they pour all of their energy reserves into nursing their calves for a month. There are more than 2,000,000 Caribou in North America, but they are less successful in the southern parts of their range where they must cope with humans and other predators.

(From Smithsonian’s NAM via EOL, December 2010)