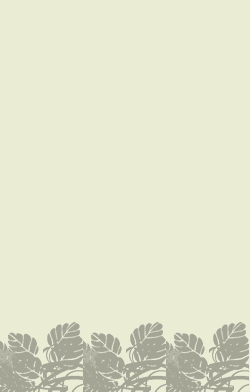 Males often have “stink fights” where they wave their tails (having been rubbed on the strong-smelling wrist gland) at one another.

Warm, Hot
Graphic by Joanna Barnumwww.joannabarnum.com/
Photo by RadioFanen.wikipedia.org/wiki/File:Ring_tail_lemur_leaping.JPG
The Ring-tailed Lemur (Lemur catta) is a large strepsirrhine primate and the most recognized lemur due to its long, black and white ringed tail. It belongs to Lemuridae, one of four lemur families. It is the only member of the Lemur genus. Like all lemurs it is endemic to the island ofMadagascar. Known locally as Hira (Malagasy), Maky (Malagasy), or Maki (French), it […] read more

The Ring-tailed Lemur (Lemur catta) is a large strepsirrhine primate and the most recognized lemur due to its long, black and white ringed tail. It belongs to Lemuridae, one of four lemur families. It is the only member of the Lemur genus. Like all lemurs it is endemic to the island ofMadagascar. Known locally as Hira (Malagasy), Maky (Malagasy), or Maki (French), it inhabits gallery forests to spiny scrub in the southern regions of the island. It is omnivorous and the most terrestrial of lemurs. The animal is diurnal, being active exclusively in daylight hours.

The Ring-tailed Lemur is highly social, living in groups of up to 30 individuals. It is also female dominant, a trait common among lemurs. To keep warm and reaffirm social bonds, groups will huddle together forming a lemur ball. The Ring-tailed Lemur will also sunbathe, sitting upright facing its underside, with its thinner white fur towards the sun. Like other lemurs, this species relies strongly on its sense of smell and marks its territory with scent glands. The males perform a unique scent marking behavior called spur marking and will participate in stink fights by impregnating their tail with their scent and wafting it at opponents.

As one of the most vocal primates, the Ring-tailed Lemur utilizes numerous vocalizations including group cohesion and alarm calls. Despite the lack of a large brain (relative to simiiform primates) experiments have shown that the Ring-tailed Lemur can organize sequences, understand basic arithmetic operations and preferentially select tools based on functional qualities.

An adult Ring-tailed Lemur may reach a body length between 39 and 46 cm (15 and 18 in) and a weight between 2.3 and 3.5 kg (5.1 and 7.7lb).[15] The species has a slender frame and narrow face, fox-like muzzle. Like all lemurs, its hind limbs are longer than its forelimbs. Females have two pairs of mammary glands, but only one pair is functional.[9]

The Ring-tailed Lemur’s trademark, a long, bushy tail, is ringed in alternating black and white transverse stripes, numbering 13 to 15 each for both colors, and always ending in a black tip.[9][12][15] Its tail is longer than its body, measuring up to 64 cm (25 in) in length.[15] The tail is notprehensile and is only used for balance, communication, and group cohesion.[17]

The pelage, or fur, is dense. The ventral (chest) coat and throat are white or cream, and the dorsal (back) coat is gray to rosy-brown. The crown is dark gray, while the ears and cheeks are white. The muzzle is dark grayish and the nose is black, and the eyes are encompassed by black lozenge-shaped patches.[15]

The black skin is visible on the nose, genitalia, and the palms and soles of the limbs. The Ring-tailed Lemur shares several adaptations with other lemurs. Its fingers are slender, padded, and semi-dexterous with flat, human-like nails. It grooms orally by licking and tooth-scraping with narrow, procumbent lower incisors and canines, called a toothcomb. Lastly, it has a toilet-claw (sometimes referred to as a grooming claw) on the second toe of each hind limb specialized for personal grooming, specifically to rake through fur that is unreachable by the mouth and toothcomb.[18]

The species’ eyes can be a bright yellow or orange. Unlike most diurnal primates, but like all strepsirhine primates, the Ring-tailed Lemur has a tapetum lucidum, or reflective layer behind the retina of the eye, that enhances night vision.[9]

Lemurs spend most of their time in the trees, but this species also spends considerable time on the ground. Ring tailed lemurs prefer gallery forests andEuphorbia bush habitat, but they also live in many other types of forests in Madagascar.

In the Berenty Reserve in southern Madagascar, ring tailed lemurs inhabit 3 different types of forest. These include the Ankoba forest, which consists of Pithosolobium trees and a few tamarinds, figs, and Melia; the Malaza forest, which consists of Tamarindus indicus, tall figs, celtis, and creteva. (The sub-canopy of this forest type consists of Rhinorhea and Celtis, with great numbers of peppers and sometimes capers.); and finally the Berenty Reserve, which is a spiny forest. Lemur catta does not spend as much time here, but can occasionally be seen. The spiny forest contains trees called Alaudia andEuphorbia, which look like cacti. Kalanchoe, Aloe, and Xerisicyos are also found in the area.

These lemurs are not meat eaters. They feed on plants, leaves, flowers, fruit, and even sap and bark. They feed from many different species of plants and trees, but are partial to Kily trees. Occasionally they eat insects.