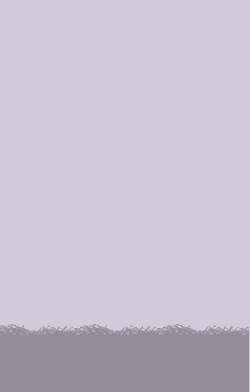 Snow Leopards can leap farther than any other cat, reaching distances of well over forty feet in a single bound.

Cold, Cool
Graphic by Kaijaekaijae.deviantart.com
The snow leopard (Uncia uncia) is a moderately large cat native to the mountain ranges of South Asia and Central Asia. The classification of this species has been subject to change and its exact taxonomic position will not be resolved until further studies are conducted. Snow leopards live between 3,000 and 5,500 metres (9,800 and 18,000 ft) above sea level […] read more
Sorry, there is no photo available. If you have one, please submit here.

The snow leopard (Uncia uncia) is a moderately large cat native to the mountain ranges of South Asia and Central Asia. The classification of this species has been subject to change and its exact taxonomic position will not be resolved until further studies are conducted.

Snow leopards have long thick fur, whose base colour varies from smoky grey to yellowish tan, with whitish underparts. They have dark grey to black open rosettes on their body with small spots of the same color on their heads and larger spots on their legs and tail. Unusually among cats, their eyes are pale green or grey in colour.[4][5]

Snow leopards show several adaptations for living in a cold mountainous environment. Their bodies are stocky, their fur is thick, and their ears are small and rounded, all of which help to minimize heat loss. Their paws are wide, which distributes their weight better for walking on snow, and have fur on their undersides to increase their grip on steep and unstable surfaces; it also helps to minimize heat loss. Snow leopards’ tails are long and flexible, helping them to maintain their balance which is very important in the rocky terrain they inhabit; the tails are also very thick due to storage of fats, and are very thickly covered with fur which allows them to be used like a blanket to protect their faces when asleep.[5][6]

The snow leopard has a short muzzle and domed forehead, containing unusual large nasal cavities that help the animal breathe the thin cold air of their mountainous environment.[4]

Snow leopards live in mountain steppes and coniferous forest scrub at altitudes ranging from 2000 to 6000 meters. In the summer they frequent alpine meadows and rocky areas, and in the winter they may follow prey into forests below 1800 meters.

Their prey includes wild sheep, wild boar, hares, mice, deer, marmots, and other small mammals. They also feed on domestic livestock. Prey is either attacked or ambushed. Snow leopards attack usually from a distance up to fifteen meters and feed initially on the chest, lower abdomen, or thigh.

Socially, snow leopards are thought to be much like the tiger, essentially solitary but not totally asocial. They pair only during the mating season, when couples may inhabit a range together. Unlike many other cats, snow leopards do not roar. However, they let out a slight moan when trying to attract a mate, and individuals greet each other with quiet “chuffing” sounds. Snow leopards are primarily nocturnal but are most active in the early morning and late afternoon. Snow leopards are well known for their muscularity and agility with the ability to leap up to fifty feet horizontally and twenty feet vertically.