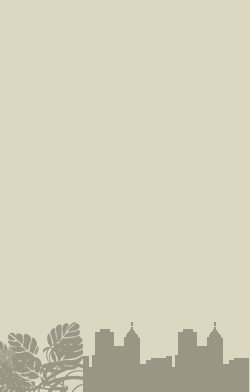 
• Turdus philomelos has a FLIGHT of 2.

The song of a Turdus philomelos is frequently referred to in poetry.

Cool, Warm
Graphic by Mark Sosbemarksosbe.deviantart.com/
Photo by Song ThrushTurdusphilomelos
The Song Thrush (Turdus philomelos) is a thrush that breeds across much of Eurasia. It is also known in English dialects as throstle or mavis. It has brown upperparts and black-spotted cream or buff underparts and has three recognised subspecies. Its distinctive song, which has repeated musical phrases, has frequently been referred to in poetry. […] read more

The Song Thrush (Turdus philomelos) is a thrush that breeds across much of Eurasia. It is also known in English dialects as throstle or mavis. It has brown upperparts and black-spotted cream or buff underparts and has three recognised subspecies. Its distinctive song, which has repeated musical phrases, has frequently been referred to in poetry.

The Song Thrush breeds in forests, gardens and parks, and is partially migratory with many birds wintering in southern Europe, North Africa and the Middle East; it has also been introduced into New Zealand and Australia. Although it is not threatened globally, there have been serious population declines in parts of Europe, possibly due to changes in farming practices.

The Song Thrush builds a neat mud-lined cup nest in a bush or tree and lays four or five dark-spotted blue eggs. It is omnivorous and has the habit of using a favourite stone as an “anvil” on which to smash snails. Like other perching birds (passerines), it is affected by external and internal parasites and is vulnerable to predation by cats and birds of prey.

The Song Thrush (as represented by the nominate subspecies T. p. philomelos) is 20 to 23.5 centimetres (8 to 9.25 in) in length and weighs 50–107 grammes (1.8 to 3.8 oz). The sexes are similar, with plain brown backs and neatly black-spotted cream or yellow-buff underparts, becoming paler on the belly. The underwing is warm yellow, the bill is yellowish and the legs and feet are pink. The upperparts of this species become colder in tone from west to east across the breeding range from Sweden to Siberia. The juvenile resembles the adult, but has buff or orange streaks on the back and wing coverts.[9]

The most similar European thrush species is the Redwing (T. iliacus), but that bird has a strong white supercilium, red flanks, and shows a red underwing in flight. The Mistle Thrush (T. viscivorus) is much larger and has white tail corners, and the Chinese Thrush (T. mupinensis), although much more similar in plumage, has black face markings and does not overlap in range.[9]

The Song Thrush has a short, sharp tsip call, replaced on migration by a thin high seep, similar to the Redwing’s call but shorter. The alarm call is a chook-chook becoming shorter and more strident with increasing danger. The male’s song, given from trees, rooftops or other elevated perches, is a loud clear run of musical phrases, repeated two to four times, filip filip filip codidio codidio quitquiquit tittit tittit tereret tereret tereret, and interspersed with grating notes and mimicry. It is given mainly from February to June by the Outer Hebridean race, but from November to July by the more widespread subspecies.[9] For its weight, this species has one of the loudest bird calls.[10]

An individual male may have a repertoire of more than 100 phrases,[11] many copied from its parents and neighbouring birds. Mimicry may include the imitation of man-made items like telephones,[12] and the Song Thrush will also repeat the calls of captive birds, including exotics such as the White-faced Whistling Duck.[9]

Song thrushes take a variety of food but earthworms form a very important part of the diet. Towards the end of summer if the ground is too hard to obtain earthworms, they take snails and break the shells by tapping them on stones (2). These ‘snail anvils’ can often be found in gardens with the remains of a snail around them. This behaviour is unique to the song thrush, but occasionally a blackbird will steal the snail once an unfortunate thrush has carried out the hard work of breaking the shell (2). The long breeding season lasts from March to August. Two or three broods are produced in this time; each clutch contains 3 to 5 pale blue-black spotted eggs that are incubated by the female. Both parents feed the young, which become independent about 5 weeks after hatching (2).