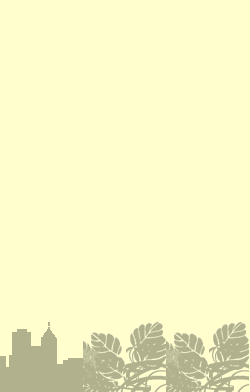 • Cacatua galerita has a FLIGHT of 2.

•  Cacatua galerita produces a very fine powder to waterproof itself.

Warm
Graphic by Joel Carlsonzazzle.com/joeyartist
Photo by Tatiana Geruswww.flickr.com/people/62938898@N00
The Sulphur-crested Cockatoo, Cacatua galerita, is a relatively large white cockatoo found in wooded habitats in Australia and New Guinea. They can be locally very numerous, leading to them sometimes being considered pests. They are well known in aviculture, although they can be demanding pets. In Australia, Sulphur-crested Cockatoos can be found widely in the north and east, ranging […] read more

The Sulphur-crested Cockatoo, Cacatua galerita, is a relatively large white cockatoo found in wooded habitats in Australia and New Guinea. They can be locally very numerous, leading to them sometimes being considered pests. They are well known in aviculture, although they can be demanding pets.

In Australia, Sulphur-crested Cockatoos can be found widely in the north and east, ranging as far south as Tasmania, but avoiding arid inland areas with few trees. They are numerous in suburban habitats in cities such as Adelaide, Canberra, Sydney and Brisbane. Except for highland areas, they occur throughout most of New Guinea and on nearby smaller islands such as Waigeo, Misool and Aru, and various islands in the Cenderawasih Bay and Milne Bay.

It has a total length of 45–55 cm (18–22 in), with the Australian subspecies larger than subspecies from New Guinea and nearby islands. The plumage is overall white, while the underwing and -tail are tinged yellow. The expressive crest is yellow. The bill is black, the legs are grey, and the eye-ring is whitish. Males typically have almost black eyes, whereas the females have a more red or brown eye, but this require optimum viewing conditions to be seen. The differences between the subspecies are subtle. C. g. fitzroyi is similar to the nominate race but lacks the yellow on the ear tufts and slightly blueish skin around the eye. C. g. eleonora is similar to C. g. fitzroyi but is smaller and has broader feathers in the crest, and C. g. triton is similar to C. g. eleonora except it has a smaller bill.[1] In captivity, the Sulphur-crested Cockatoo is easily confused with the smaller Yellow-crested Cockatoo or the Blue-eyed Cockatoo with a differently shaped crest and a darker blue eye-ring.


Their distinctive raucous call can be very loud; it is adapted to travel through the forest environments in which they live, including tropical and subtropical rainforests. These birds are naturally curious, as well as very intelligent. They have adapted very well to European settlement in Australia and live in many urban areas.

These birds are very long-lived, and can live upwards of 70 years in captivity,[citation needed]although they only live to about 20–40 years in the wild. They have been known to engage in geophagy, the process of eating clay to detoxify their food. These birds produce a very fine powder to waterproof themselves instead of oil as many other creatures do.

Sulphur-crested Cockatoos may no longer be imported into the United States as a result of the Wild Bird Conservation Act. However, they have been bred in captivity. They are demanding pets, being very loud and having a natural desire to chew wood and other hard and organic materials.

Noisy and conspicuous, the sulphur-crested cockatoo forms large flocks of up to several hundred birds. As the famous naturalist Charles Darwin observed during his visit to Australia, these flocks are commonly found feeding in wheat fields, and are considered to be pests by many Australian wheat farmers. During feeding some members of the flock stand guard on a nearby perch, alerting the rest of the group to any danger by making a raucous alarm call. When not feeding, the sulphur-crested cockatoo will frequently bite off smaller branches and leaves, which helps prevent the bill from growing too large. A similar behaviour is also employed by this species in urban environment, causing widespread damage to wooden panelling and timber decking. Flocks spend the night at a permanent roosting site, usually in trees, but may travel over several kilometres during the day in search of food. The sulphur-crested cockatoo’s breeding season varies according to location, with populations in southern Australia breeding between August and January, and populations in northern Australia breeding from May to September. Once formed, each breeding pair constructs a nest well apart from the other pairs, which usually comprises a bed of woodchips in a tree hollow. A clutch of two to three eggs is laid, which are incubated by both parent birds, with hatching taking place after 25 to 27 days. Nestlings remain in the hollow for 9 to 12 weeks and are fed by both adults, before fledging and joining a feeding flock.

Sulphur-crested cockatoos are primarily granivores in the wild, feeding both on the ground and in trees. They feed mainly on seeds, nuts, fruits, blossoms, insects and insect larvae. They will also attack newly planted and ripening grain crops. (Berra, 1998; Dobbs and Highfill, 2003; Perrins, 1990)

In captivity, C. galerita are mainly fed a diet of fresh fruits, vegetables, seeds, nuts, pellets, legumes and grains. They have a high rate of obesity so high fat foods such as peanuts and seeds are fed sparingly. (Berra, 1998; Dobbs and Highfill, 2003; Perrins, 1990)