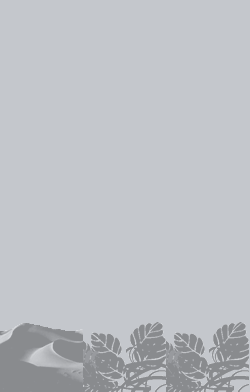 • Nasua narica has a MOVE of 2. If coatis are provoked or they sense danger, they can become fierce fighters, using their sharp teeth, strong jaws, and fast scratching paws.

Cool, Warm
Graphic by Heather E. Harlowforbidding.deviantart.com/
Photo by Linda de Voldercommons.wikimedia.org/wiki/File:Coati_1.jpg
The White-nosed Coati (Nasua narica), also known as the Pizote or Antoon, is a species of coati and a member of theProcyonidae (raccoon family). In Mexico, it is often referred to as Tejón, which otherwise means badger. White-nosed Coatis inhabit wooded areas (dry and moist forests) of the Americas. They are found at any altitude from sea level to 3,500 m (11,500 ft), and from as […] read more

The White-nosed Coati (Nasua narica), also known as the Pizote or Antoon, is a species of coati and a member of theProcyonidae (raccoon family). In Mexico, it is often referred to as Tejón, which otherwise means badger.

White-nosed Coatis inhabit wooded areas (dry and moist forests) of the Americas. They are found at any altitude from sea level to 3,500 m (11,500 ft), and from as far north as southeastern Arizona and New Mexico to as far south as Ecuador.

They are omnivores, preferring small vertebrates, fruits, carrion, insects, and eggs. They can climb trees easily, where the tail is used for balance, but they are most often on the ground foraging. Their predators include boas, raptors, hunting cats, and Tayras(Eira barbara). They readily adapt to human presence; like Raccoons, they will raid campsites and trash receptacles. They can be domesticated easily, and have been verified experimentally to be quite intelligent.

They are primarily diurnal, retiring during the night to a specific tree and descending at dawn to begin their daily search for food. However, their habits are adjustable, and in areas where they are hunted by humans for food, or where they raid human settlements for their own food, they become more nocturnal. Adult males are solitary, but females and sexually immature males form social groups. They use many vocal signals to communicate with one another, and also spend time grooming themselves and each other with their teeth and claws. During foraging times, the young cubs are left with a pair of babysitters, similar to Meerkats. The young males and even some females tend to play-fight. Many of the Coatis will have short fights over food.

White-nosed Coatis are the most diurnal members of the family Procyonidae. They often sleep curled up in trees, and come down at dawn to forage, rooting with their long, mobile snouts and digging with long, curved claws for insects, larvae, eggs, and small vertebrates. Adult males often live alone, but females and young coatis travel together in bands, vocalizing and grooming each other. They do not hunt cooperatively or share food, but they join forces to defend against male coatis and other intruders. Females raise their young alone, in a nest. Mortality can be high when the young first leave the nest, from predators—including male coatis, big cats, monkeys, and boa constrictors—and accidents and disease.

Adult males are sometimes active at night, but coatis are primarily diurnal. Days are spent mostly on the ground foraging, while nights are spent in treetops, sheltered from most predation. Males live solitary lives and establish ranges that they mark by spraying urine or dragging their abdomens on a surface and spreading anal secretions. Male ranges do not overlap, and they will fight when they meet another male. Bands of 4-20 individuals include males up to two years of age and females, who are not necessarily related. These groups are beneficial for many reasons, including protection of the young from predators. Grooming and nursing comes from both the mother of the young and other females equally. These relationships take time to develop, but once the bond is established between members, they are loyal to each other. Band home ranges are about 1 kilometer in diameter, and are overlapped on the edges by other groups. New bands arise from splitting of previous bands, which explains the lack of aggression between neighboring groups. A single band’s range also includes the areas of several adult males. Defense is accomplished using their forefeet claws and sharp canines. Individuals may live up to 14 years of age. (Macdonald 1985,Nowak 1999)