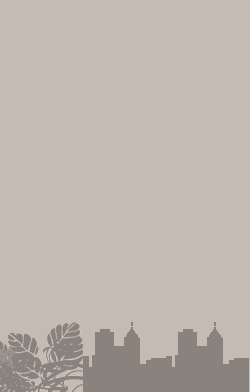 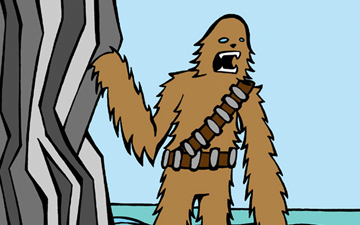 A Wookiee is prone to pulling arms out of sockets when he/she loses. Therefore, it is always wise to “Let the Wookiee win.”

Cold, Cool, Warm
Graphic by kittymekittyme.deviantart.com/
Photo by Lucasfilm Limitedwww.lucasfilm.com/
Because even scientists aren’t always serious. (And since you’re here – fancy asking your artist friends to draw us a picture or two of a “real” organism?) – – – “It’s not wise to upset a Wookiee.” ?Han Solo[src] The Wookiees, whose name for themselves translated to the People of the Trees, were a species […] read more

Because even scientists aren’t always serious.

(And since you’re here – fancy asking your artist friends to draw us a picture or two of a “real” organism?)

“It’s not wise to upset a Wookiee.”
?Han Solo[src]

The Wookiees, whose name for themselves translated to the People of the Trees, were a species of hairy bipedal humanoids that were inhabitants of the planet Kashyyyk. One of the most noteworthy members of the species was Chewbacca, Han Solo‘s best friend and co-pilot, who played a vital role in the Galactic Civil War and afterwards.

“Would somebody get this big walking carpet out of my way?”
?Princess Leia referring to Chewbacca —

The Wookiees’ natural habitat was the dense forests of the planet Kashyyyk (though one source does contend that they were immigrants to this planet). Kashyyyk was covered with massive wroshyr trees, in which the Wookiees constructed their homes and cities. Reportedly, Wookiees were descended from tree-climbing mammals.

They had the ability to easily learn most languages. However, Wookiees lacked the vocal structure to speak anything other than their own languages.

Adult Wookiees were tall, in excess of two meters in height, and were covered with a uniform, mid-length coat of thick hair in various shades of brown. Although albino Wookiees were rare, they were not unheard of. However, such a birth was generally held to be a bad omen, as white hair did not blend in with the earth-tones of their forest surroundings.

Young Wookiees (pups) were large at birth (averaging slightly less than one meter). Wookiees possessed vicious-looking retractable claws for climbing. Female Wookiees had six breasts and gave birth to live-born young, with their gestation period nearly a year long. After birth, a Wookiee grew very fast, fully conscious and able to walk unassisted within one standard year. The average lifespan of Wookiees was around 600 years. In spite of their bestial appearance, Wookiees were highly intelligent and had mastered advanced technology, including hyperspace travel. Wookiees also possessed exceptional skill in mechanical repair. An old saying was “Give a Wookiee a knife and send him into a forest in the morning, and by evening he would have carved you a table to eat dinner on – and a house to put it in.”[1]

Wookiees were often short-tempered. When Chewbacca complained about a move in a game of dejarik that R2-D2 had made during their initial trip to Alderaan, Han Solo told C-3PO that it was not a good idea to upset a Wookiee—because an upset Wookiee would tear a person’s arms out of their sockets. Despite their temper and great strength, Wookiees were usually gentle and affectionate with their friends and family.