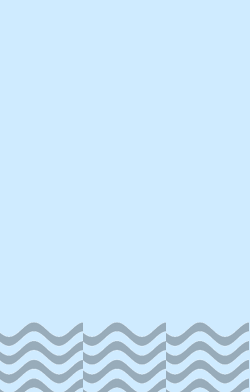 • Pelamis platura has a MOVE of 2.

• Pelamis platurus can absorb oxygen through its skin while underwater.

Warm
Graphic by Heather E. Harlowphylogame.org
The Yellowbelly Sea Snake or Pelagic Sea Snake (Pelamis platura) is a species of sea snake found in tropical oceanic waters around the world. It is the only member of the genus Pelamis. Most sea snakes are completely aquatic and have adapted to their environment in many ways, the most characteristic of which is a […] read more
Sorry, there is no photo available. If you have one, please submit here.

The Yellowbelly Sea Snake or Pelagic Sea Snake (Pelamis platura) is a species of sea snake found in tropical oceanic waters around the world. It is the only member of the genus Pelamis.

Most sea snakes are completely aquatic and have adapted to their environment in many ways, the most characteristic of which is a paddle-like tail that has increased their swimming ability.[8] To a varying degree, the bodies of many species are laterally compressed, especially in the pelagic species. This has often caused the ventral scales to become reduced in size, even difficult to distinguish from the adjoining scales. Their lack of ventral scales means that they have become virtually helpless on land, but as they live out their entire life cycle at sea, they have no need to leave the water.[4][7]

Most sea snakes are able to respire through their skin. This is unusual for reptiles, because their skin is thick and scaly, but experiments with the black-and-yellow sea snake, Pelamis platurus (a pelagic species), have shown that this species can satisfy about 20% of its oxygen requirements in this manner, which allows for prolonged dives.[9]

The US Navy describes sea snakes as generally mild tempered, although there is variation among species and individuals.[11] Mehrtens (1987) suggests that species such as Pelamis platurus, that feed by simply gulping down their prey, are more likely to bite when provoked because they seem to use their venom more for defence.

The majority of sea snakes are highly venomous; however, when bites occur, it is rare for much venom to be injected, so that envenomation symptoms usually seem non-existent or trivial.[8] For example, Pelamis platurus has a venom more potent than any other terrestrial snake species in Costa Rica, but despite its abundance in the waters off its western coast, few human fatalities have been reported.[9]

Have you ever had an itch on your back that you just couldn’t scratch? Watch as this Pelamis platurus twists and curls its body to remove parasites and shed dead skin.

This species is very widespread in the tropical parts of the Pacific and Indian Oceans between the 18-20º C isotherms (Dunson and Ehlert 1971, Graham et al. 1971). It is known from the coasts of eastern Africa, north to the Arabian Gulf, east along the Asian coast of the Indian Ocean to the Pacific Ocean, northward to Japan and eastward to the western coasts of the Americas (Heatwole 1999).

Currents occasionally carry the snakes into temperate waters, but these are almost certainly far from their breeding and feeding waters.

In the open ocean, the snakes often occur in large numbers in association with long lines of debris. These “slicks” form in calm seas and consist variously of debris, foam and scum brought together by converging water currents. In some areas, such as the Gulf of Panama in the eastern Pacific Ocean, the slicks can vary in width from 1 to 300 m and stretch for many kilometres. Several thousand snakes may be associated with a single slick. It is not clear whether the snakes actively swim to the slicks or whether they are carried into them passively (Kropach 1971, 1975). The only obvious activity that is performed by the snakes in the slicks is feeding and knotting. Other activities that might benefit from large aggregations, such as mating, have not been observed. Females are significantly larger than males (Kropach 1975).