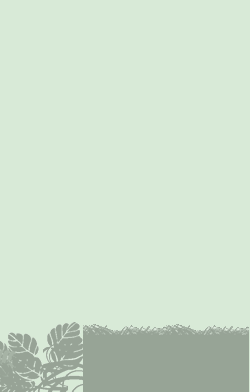 • Parasteatoda tepidariorum has a MOVE of 2


Graphic by David Ng
Ballooning, sometimes called kiting, is a behaviour in which spiders and some other invertebrates use air-borne dispersal to move between locations.[1][2][3][improper synthesis?][4] A spider (usally limited to individuals of a small species), or spiderling after hatching,[5] will climb as high as it can, stand on raised legs with its abdomen pointed upwards (“tiptoeing”),[6] and then release several silk […] read more

Ballooning, sometimes called kiting, is a behaviour in which spiders and some other invertebrates use air-borne dispersal to move between locations.[1][2][3][improper synthesis?][4]

A spider (usally limited to individuals of a small species), or spiderling after hatching,[5] will climb as high as it can, stand on raised legs with its abdomen pointed upwards (“tiptoeing”),[6] and then release several silk threads from itsspinnerets into the air. These automatically form a triangular shaped parachute[7] which carries the spider away on updrafts of winds where even the slightest of breezes will disperse the animals.[7][6] The Earth’s static electric fieldmay also provide lift in windless conditions.[8]

Many spiders use especially fine silk, called “gossamer” since 1325,[9] to lift themselves off a surface, or, the silk may be used by a spider being blown by winds to anchor itself mid-flight.[7] The term “gossamer” is used metaphorically for any exceedingly fine thread or fabric. Biologists also apply the term “balloon silk” to the threads that mechanically lift and drag systems.

It is generally thought that most spiders heavier than 1 mg are unlikely to use ballooning.[10] Because many individuals die during ballooning, it is less likely that adults will balloon compared to spiderlings. Adult females of several socialStegodyphus species (S. dumicola and S. mimosarum) weighing more than 100 mg and with a body size of up to 14 mm have, however, been observed ballooning using rising thermals on hot days without wind. These spiders use tens to hundreds of silk strands, which form a triangular sheet with a length and width of about 1 m.[7]

Most ballooning journeys end after just a few meters, although depending on the spider’s mass and posture,[11] a spider can be taken up into a jet stream. This further depends on the convection air currents and the drag of the silk and parachute to float and travel high up into the upper atmosphere.[12]

Many sailors have reported spiders being caught in their ship’s sails, over 1600 km[13] from land (Heimer 1988). They have even been detected in atmospheric data balloons collecting air samples at slightly less than 5 km (16000 ft) above sea level.[14] Evidently, it is the most common way for spiders to invade isolated islands and mountaintops.[13][15] Spiderlings are known to survive without food travelling in air currents of jet streams for 25 days or longer.[4]

Some mites and some caterpillars use silk to disperse through the air.[citation needed]

Note: Darwin may have seen:

The common house spider (Parasteatoda tepidariorum), referred to internationally as the American house spider, is a spider species of the genus Parasteatoda that is mainly indigenous to the New World, with P. tepidariorum australis (common gray house spider) also encountered in some parts of Myanmar and Pakistan. American house spiders are synanthropic and build their tangled webs in or near human dwellings, often in secluded areas such as between loose walls and behind open doors and attic windows. The prey mechanism is similar to that of the othercobweb spiders: the spider follows disturbances transmitted along the web to entangle and then paralyze its prey, which usually consists of household insects and other invertebrates (often considered as pests).